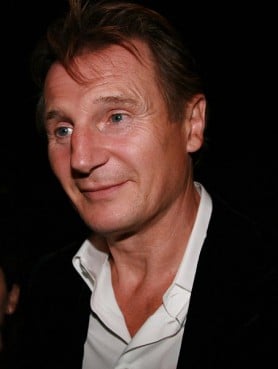 The Muslim blogosphere is all aflutter about…Liam Neeson?  Apparently the Irish film star, known for movies in which he plays the most hardcore guy in any given scenario, is considering leaving his Catholic faith and converting to Islam.

People are offering a number of different opinions on the subject, but Muslim comedian Aman Ali gave us a peak into Neeson's religious future:

If Neeson were to become a Muslim, he might have to change a political affiliation or two. Apparently some American Muslims are entertaining the idea of voting for an unusual candidate in this year's presidential election: Ron Paul.

Some people think billboards advertising for atheist causes are “too offensive.”  In response, one blogger decided to craft from really, really, really inoffensive atheist billboards.

Finally, you get two Videos of the Day.  The first is a rather calming, entrancing video of Whirling Dervishes, a famous religious practice performed by the Mevlevi Order, an order of Sufi Muslims.

If you found the the previous video boring, then here's one of ELECTRIC WHIRLING DERVISHES!!

– Jack “I have a very special set of skills” Jenkins