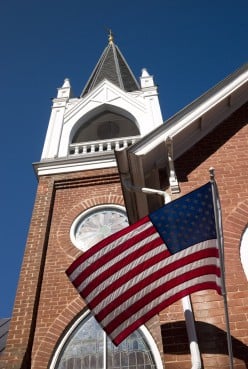 Mainline Protestants are up for grabs heading into the 2012 elections, nearly evenly divided between President Obama and his Republican challengers.

WASHINGTON (RNS) They may not be as large as Catholics or as active as evangelicals, but white mainline Protestants have a big thing going for them this election cycle: they are divided, and possibly persuadable.

That's according to a new poll released Thursday (Feb. 2) that found white mainline Protestants are more evenly split between President Obama and his Republican challengers than other religious groups.

“They're the most important ignored religious group in the country,” said Dan Cox, research director at the Public Religion Research Institute, which conducted the poll in partnership with Religion News Service.

Mainliners — Lutherans, Presbyterians, United Methodists and others — tend to be well educated and civically engaged. They represent about 16 percent of the electorate, and are clustered in some key battleground states like Ohio and Pennsylvania.

While the poll found lingering evangelical Republican wariness over Romney and a striking preference for Gingrich to lead the party into November, Romney's campaign remains confident. In a matchup between Obama and Romney, Romney carries evangelicals over Obama, 60 to 22 percent, according to the poll.

“As we've seen in the early primaries in South Carolina and Florida, Gingrich has had an edge among these white evangelical Protestant voters,” said Romney pollster Neil Newhouse. 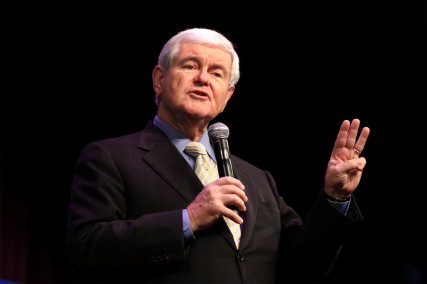 “But importantly, when you look at the general election, Mitt Romney does better at coalescing that voter group against President Obama than Newt Gingrich.”

At 27 percent of the electorate, Catholics remain the largest and most unpredictable swing group. Overall, Catholics went for Obama in 2007, although white Catholics supported McCain while Obama drew support from Hispanic Catholics.

Romney belongs to the Church of Jesus Christ of Latter-day Saints. Gingrich and Santorum are Catholics. 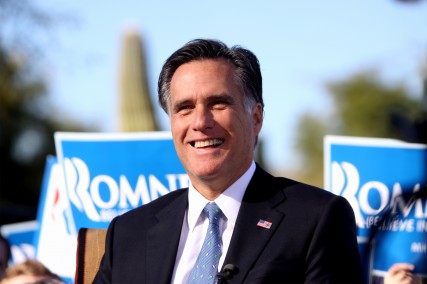 A Mormon in the White House would bring new levels of scrutiny from Republicans uneasy about the faith, and from Democrats concerned about its conservative political posture. RNS photo courtesy Gage Skidmore.

Romney's appeal, however, is shaky among white evangelicals, an important Republican voting block and about 23 percent of the general electorate. Many evangelicals have deep-seated wariness about Mormonism.

Despite Romney's decisive win in Florida, Gingrich edged out Romney among white evangelicals, 38 percent to 36 percent, according to the CNN exit poll. In South Carolina, white evangelicals broke for Gingrich over Romney by a 2-to-1 margin.

So what's going on with Romney among white evangelicals?

The new poll shows that Romney is not their first choice. Among white evangelical Republican voters, Gingrich drew twice as much support as Romney on who they'd like to see nominated, 35 percent to 17 percent. Santorum drew 22 percent.

In other poll findings:

— Fewer white evangelical Protestants (33 percent) consider the growing gap between rich and poor a critical issue than any other religious group, including white mainline Protestants (48 percent) and Catholics (47 percent).

The PRRI/RNS Religion News Survey was based on telephone interviews with 1,005 adults between Jan. 25 and 29. The poll has a margin of error of plus or minus 3.5 percentage points.