(RNS) Vatican officials are strongly rebutting allegations made by the pope’s new ambassador to the United States that the Vatican City State is awash in corruption and waste. 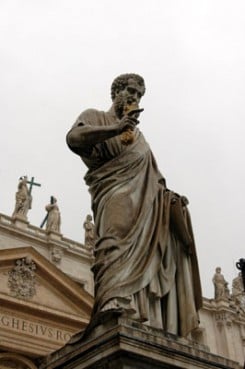 A statement issued on Saturday (Feb. 4) by the current and past leaders of the Vatican’s Governorate, which oversees the management of Vatican City, has dismissed claims made by Archbishop Carlo Maria Viganò as “erroneous,” “unfounded” and “based on groundless fears.”

Viganò, who had been secretary general of the Governorate from 2009 until his appointment as papal nuncio to Washington last October, expressed his worries directly to Pope Benedict XVI in two letters unearthed by an Italian TV program in January.

Viganò told the pope that Vatican City’s management was “disastrous,” and asked Benedict to not transfer him to Washington. The move, he said, would cause “disarray and discouragement” among those who worked against “numerous situations of corruption and waste.”

The Vatican’s top spokesman, the Rev. Federico Lombardi, had initially threatened to sue the TV program that revealed the letters and dismissed its coverage as “biased.” Lombardi also reaffirmed the pope’s “unquestionable respect and trust” toward Viganò.

Saturday’s statement strikes a different chord, however, saying that Viganò’s assertions portray the Vatican’s Governorate as an “untrustworthy entity, controlled by dark forces.”

The statement was signed by Viganò’s former superior, Cardinal Giovanni Lajolo, and by Giovanni’s deputy, Bishop Giorgio Corbellini, and by the Governorate’s current president and secretary general.