FAIRHOPE, Ala. (RNS) For the Rev. Jerry Henry, pastor of First Baptist Church of Fairhope, being Southern Baptist is a defining aspect of life.

He embraces the denomination's conservative social values, extols its evangelism — “We reach out to people instead of waiting for them to come to us” — and identifies with its name. 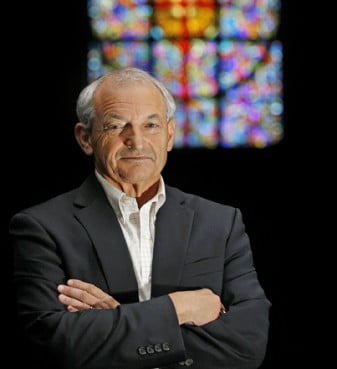 The Rev. Jerry Henry, pastor of First Baptist Church Fairhope, Ala., has struggled with whether the Southern Baptist Convention should change its name to reflect greater geographic diversity.

“I grew up under the traditional name of Southern Baptist Convention,” said Henry, a native of Selma, Ala.

But Henry, 67, acknowledges the realities of a changing America, and wonders if his denomination must change with it — at least its name.

“Being Southern Baptist isn't a problem in Fairhope, Alabama,” he said. “It's a proud thing.” But in other parts of the country, he says, it might turn people away.

“If we were to say the Yankee Baptist Church here,” he said, “that would be a real turnoff.”

For a denomination that has used the same name for nearly 170 years, a change is an involved process. First, there has to be the will to do so. And on that, the jury is still out.

“My first response is, I don't want to change it, the Lord has blessed us in every way,” Henry said. “But I'm willing to look at it to see if we do need to change it.”

Adds the Rev. Jay Cook, pastor of First Baptist Church of Pascagoula: “Our prime objective is to do what Jesus Christ called us to do — to share the gospel. If a name is hindering that, we need to consider it strongly.”

Formed in 1845 when Baptists split into Northern and Southern branches over slavery and other issues, the Southern branch kept its name, while Northern Baptists eventually became the American Baptist Churches USA.

The slavery issue, Cook said, has long been addressed in the denomination's history. “Southern Baptists have stated unequivocally that we are sorry for any role we played in any way with slavery. It was abhorrent.”

In fact, a widely respected New Orleans pastor, the Rev. Fred Luter, is the odds-on favorite to be elected this summer as the first African-American president of the SBC.

Yet Cook is proud of another strand of the denomination's history.

“There's a lot of meaning in the name. Southern Baptists have a rich heritage of mission work in the U.S. and internationally.”

There are more than 16 million Southern Baptists in the U.S., and the Rev. Bob Terry, editor of The Alabama Baptist newspaper, said the name question has come up before. For 70 years, Southern Baptists have been more than just a regional body, he said.

“What's happening,” Terry said, “is that two years ago a decision was made that we would try and have a major church planting effort in underserved areas of the U.S., largely outside of the traditional South.”

Is the term Southern Baptist, Terry asked, “a brand name, or a regional description? Does Southern convey an expectation of theological concerns?”

“That's part of the debate,” he said.

The Rev. Stuart Davidson, pastor of Eastern Shore Baptist Church in Daphne, said a change might be beneficial in the short term, but in the long term, “We need men and women, boys and girls, to live and act like Jesus.”

“We don't have a name problem, we have a Jesus problem. The reason people are running from churches in general is because Christians are not acting like Christ,” he said.

Davidson says 85 percent of Southern Baptist churches are stagnant in their membership, or declining. “That's a heavy statistic,” he said.

LifeWay Christian Resources, the Baptist-affiliated publisher and retailer, polled 4,000 people outside of the South and found that 44 percent had negative views of Southern Baptists.

Too often, he said, “Southern Baptists are known for what they're against rather than for.”

The Rev. Ed Litton, pastor of First Baptist North Mobile, has a strong conviction that a new era has come because too often “the term 'Southern' alienates people.”

“I'm for a name change. I think it's a burden,” Litton said. “We're part of planting churches in New York City and out West. I don't look to a name change to be anything of a game changer. Baptists need a heart change.”

(Roy Hoffman writes for the Press-Register in Mobile, Ala. Adelle M. Banks contributed to this report.)