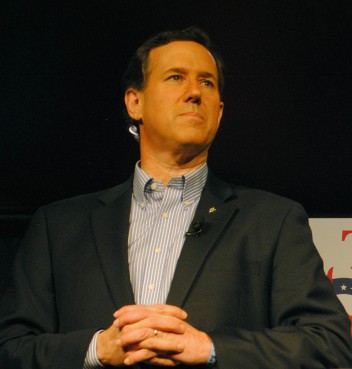 (RNS) Mitt Romney has trounced Rick Santorum, an ardent Catholic, among Catholic voters, but Romney’s support among evangelicals has wavered thus far in the GOP presidential primary, according to a new analysis of exit poll data.

Though he won evangelicals in two states, in general Romney has performed 15 percentage points better among non-evangelicals, according to an analysis released Friday (March 2) by the Pew Forum on Religion & Public Life.

Exit poll data is available in seven of the 11 states that have held primary contests to date, according to the Pew Forum. More detailed religious affiliations are available in six of those states.

White evangelicals formed more than a third of all GOP primary voters in each state except for Nevada (24 percent) and New Hampshire (21 percent). Romney, a Mormon, won the evangelical vote in those two states, and nearly tied for first in Arizona and Florida. But he lost the evangelical vote badly in three states: Michigan, Iowa and South Carolina.

Somewhat surprisingly, Santorum has not won the Catholic vote in a single state in which data is available, according to the Pew Forum.

Romney won the Catholic vote by at least 25 points in Florida, New Hampshire and Nevada. Romney also won 47 percent of the Catholic vote in Arizona, compared to Santorum’s 33 percent. In Michigan, Romney bested Santorum among Catholics 44 to 37 percent.

Santorum has spoken far more about his faith during the campaign, while Romney has largely been mum on his Mormonism.

According to numerous separate polls, a significant minority of GOP voters, especially evangelicals, remain reluctant to vote for a Mormon president. Most Mainline Protestants and Catholics do not display the same aversion.

Romney, who has won more primary elections and delegates than any other GOP candidate, also won the Protestant vote in three states: New Hampshire, Nevada and Arizona.

However, the Pew Forum notes that Romney’s success among Protestants in Nevada and Arizona is boosted by their large Mormon populations. (The Pew Forum does not typically consider Mormons Protestant, but exit polls often do.) Romney won 88 percent of the Mormon vote in Nevada and 96 percent in Arizona.

Texas congressman Ron Paul has performed the best among religiously unaffiliated voters in the two states — Nevada and New Hampshire — where they participated in large enough numbers to be analyzed.

News
Study: Biden still leads among Latino Christian voters, but Trump’s support has grown
News
Trump announces new Supreme Court justice options in apparent appeal to religious base
News
Longtime professor Jim Spiegel out at Taylor University after ‘Little Hitler’ video
Opinion
Why evangelicals will support Donald Trump in 2020
Opinion
Jerry Falwell Jr.’s come-to-Jesus moment
© Copyright 2020, Religion News Service. All rights reserved. Use of and/or registration on any portion of this site constitutes acceptance of our User Agreement and Privacy Policy, Privacy Statement and Cookie Notice. The material on this site may not be reproduced, distributed, transmitted, cached or otherwise used, except with the prior written permission of Religion News Service.