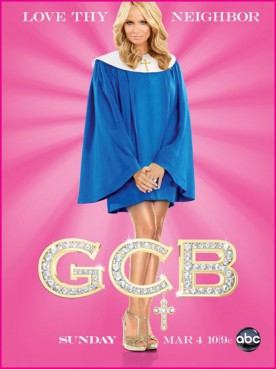 Houses of worship in Henryville, Indiana, and across the Midwest and South are helping pick up the pieces from devastating tornadoes that killed 39.

Military investigators found that five U.S. service members are responsible for Quran burnings in Afghanistan. They could lose rank, but will not be put on public trial, despite calls from Afghanistan's top religious council.

“What they did was careless, but there was no ill will,” a military official told WaPo.

Georgetown University's, John J. DeGioia, quoted St. Augustine in his defense of GU law student Sandra Fluke, whom Rush Limbaugh called a mean word last week. “Let us, on both sides, lay aside all arrogance.  Let us not, on either side, claim that we have already discovered the truth,” runs the quotation from Augustine.

Cardinal Timothy Dolan urged Roman Catholics to get more involved in the church's religious freedom battle against the govt. Dolan also said the bishops “got our Irish up” when White House officials suggested that they heed more conciliatory Catholic voices.

Speaking of Irish, Maryland Gov. Martin O'Malley explained his support for gay marriage in very Catholic terms. As O'Malley's star rises, it should be interesting to see how he and the bishops settle their differences.

On the other side of the aisle, the NYT traces Rick Santorum's path from nominal Catholic to “clarion of faith.”

Despite, or perhaps because of, Santorum's piety, however, he has yet to win the Catholic vote in a single state. In fact, Mitt Romney is trouncing him among Catholic voters. So go figure.

The House of Representatives passed a resolution condemning Iran's persecution of religious minorities and calling for the release of Youcef Nadarkhani.

Mormons worldwide were warned on Sunday: Stop posthumous baptisms of “unauthorized groups, such as celebrities and Jewish Holocaust victims.” The letter signed by church President Thomas Monson and his two counselors follows the baptism of Daniel Pearl and Anne Frank, an embarrassment for the church, which has promised not to baptize non-relatives.

In an RNS column, Philip Cunningham explains why the Mormon practice of posthumous baptism “feels like liturgical grave robbing.”

A struggle for the soul of al-Azhar, the seat of Sunni Islam scholarship, provides a microcosm for Egypt's fate after the Arab Spring, WaPo reports.

Rick Warren is defending himself from charges that he practices “Chrislam.”

A Virginia judge has ordered seven congregations that broke from the Episcopal Church to return all property to the local diocese — from valuable land to sacred chalices — by April 30.

Kirk Cameron, he of “Growing Pains” fame, says that gay marriage will destroy the foundations of civilization. GLAAD responded that Cameron “sounds even more dated than his 1980s TV character.” I'm waiting for Alan Thicke to weigh in.

“GCB” star Kristin Chenowith, a devout Christian herself, explained her support for gay rights thusly: “I read the Bible like I eat fish. I take the meat that serves me well but I don't choke on the bone.”

I know some Christians were worried about how GCB portrays them. But really, it's about as subtle as a sledgehammer and way too campy to serve as satire, IMHO.

Speaking of GCBs, did you know Omarosa's a minister now?

Secure with that knowledge, have a pleasant day.