(RNS) As the Crystal Cathedral tries to find its footing without any members of founder Robert H. Schuller's family at the helm, the only son and one-time successor says “sibling rivalry” played a key role in the California megachurch's decline.

“They didn't want to be accountable to me, their brother,” said Robert A. Schuller, the church's former senior pastor, of his sisters and brothers-in-law, some of who were board members and ministry staffers. He chalked it up to “sibling rivalry.” 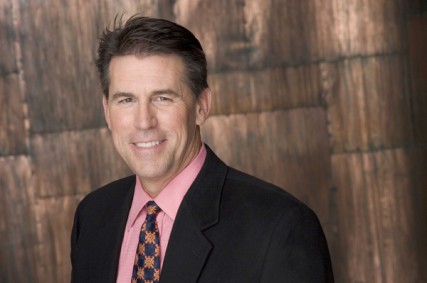 “So they took steps into their own hands to make sure that they had job security.”

In an interview Monday (March 19), Robert A. Schuller, 57, said his siblings took advantage of his father's signs of dementia and halted the younger Schuller's 2006 succession to his father's ministry within two years. He left the gleaming megachurch in 2008.

The onetime heir apparent said the memory of his 85-year-old father has been failing for at least 10 years.

“My sisters were able to manipulate that because of his mental capacities,” said Schuller, now co-owner of YouToo TV, a television and social media network. “It was the demise of the ministry.”

Family members could not immediately be reached for comment. Schuller's parents recently resigned from the ministry they founded more than 50 years ago over financial disputes with the board. Their daughter, former Crystal Cathedral Senior Pastor Sheila Schuller Coleman, started a new church in an Orange, Calif., movie theater on Sunday (March 18) and it is scheduled to meet at a nearby hotel for the next four weeks.

Schuller said the ministry his father led was able to thrive without the glass-walled building for which it became known, and its prime years began in the 1970s, before the large edifice was dedicated. He thinks business decisions to focus on the “Hour of Power” television show and to not have an independent board led to the ministry's decline.

But he nevertheless believes both Coleman's new congregation and the current congregation at the cathedral — which had a significantly larger attendance last Sunday than the week before when his sister was still there — could continue.

The cathedral worshippers will have to move within three years after the megachurch campus was sold in bankruptcy proceedings to the Catholic Diocese of Orange, Calif.

“I think there's definitely a potential there for a congregation to survive without the Crystal Cathedral,” he said. “The congregation is the people. It's not the building.”

And he also thinks family-run ministries can survive, despite the inherent risks.

“I think family-run ministries are fabulous but they have to be placed in proper governance,” he said, noting that potential big donors were uncomfortable with the way Crystal Cathedral Ministries was run.

The younger Schuller has attended his son's church in Orange, and said he has been invited to preach a sermon at Crystal Cathedral. Steve Yount, a spokesman for the ministry, said the new board chairman, John Charles, was not aware of any such discussions.

Schuller also said he is willing to serve as an adviser and might be open to helping the troubled church in other ways.

“I'm willing to do whatever I can to assist, but I just want to make sure that whatever participation I had was going to help and not hinder anything,” he said.

Schuller's new book, “When You Are Down to Nothing, God is Up to Something,” uses the ministry as Exhibit A in every chapter to guide others through unexpected personal loss.

“It would be as if a surgeon lost his eyesight and could no longer perform surgery — that's where I was in my life,” he said. “It was devastating. From that period of pain I had to reinvent myself and that's what I've done.”

Schuller said he didn't speak to family members for 18 months, but he now sees his parents regularly and talks with his siblings periodically.

“It's not good to hold onto grudges,” he said. “Even though they've done this, it's kind of like over now and time to move on.”

Martini Judaism
COVID has led us all into sin
Opinion
Megachurches may be particularly threatened by COVID-19 closures
Opinion
Warning: Your piety might be dangerous to your health
News
Jentezen Franklin: ‘We’re unplugging everything. We’re going back to the raw gospel.’
Health & Lifestyle
Craig Groeschel, Life.Church pastor, quarantined at home after coronavirus exposure
© Copyright 2020, Religion News Service. All rights reserved. Use of and/or registration on any portion of this site constitutes acceptance of our User Agreement and Privacy Policy, Privacy Statement and Cookie Notice. The material on this site may not be reproduced, distributed, transmitted, cached or otherwise used, except with the prior written permission of Religion News Service.