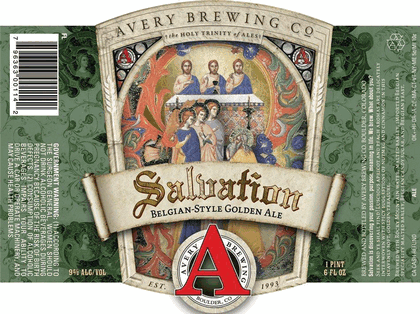 An estimated 8,000-10,000 atheists gathered in a biblical downpour on the National Mall Saturday in a bid to show politicians, voters and even themselves that they have grown into a force to be reckoned with.

The overall mood on the mall was festive and family-oriented, according to our reporter on the scene, despite the four-letter words slung regularly from the podium.

Calls for legal action in the shooting death of Florida teenager Trayvon Martin are growing, USA Today reports, as preachers took to their pulpits wearing hoodies in symbolic solidarity around the country.

Pope Benedict XVI wrapped up his Mexico trip and "appeared to lay to rest the impression that he is a distant, cold pontiff," according to the AP.

"I've made a lot of trips, but I've never been welcomed with such enthusiasm," Benedict told a cheering crowd on Sunday. "Now I can understand why Pope John Paul II used to say, 'I feel like I'm a Mexican pope.'"

But the NYT says the shadow of Marcial Maciel's abuses darkened the pope's visit, as victims called attention to the church's failuer stop him.

Benedict heads to Cuba now, where the church is struggling and there is a "noticeable lack of excitement in the air" about the papal visit, according to the NYT.

The Diocese of Trenton, N.J. commissioned a study to find out why Catholics have left the church - and boy, did they get an earful.

France will bar "radical" Muslim preachers from entering the country to participate in an Islamic conference after shootings by an al Qaeda-inspired gunman, Reuters reports.

Trinity Broadcasting magnates Paul and Jan Crouch are being sued by their granddaughter for financial shenanigans, the AP reports, including the purchase of a $100,000 mobile home for Jan's dogs.

The number of religiously unaffiliated Americans may be growing, but it's a different story behind bars, according to a study of prison chaplains conducted by the Pew Forum on Religion & Public Life.

A Pennsylvania church staged a mock raid by men wearing camoflage and holding an unloaded gun to teach young Christians about the dangers missionaries face. Four men put pillow cases over students' heads and loaded them into a church van. One teen’s mother called police and filed a report, saying her daughter had been injured.

In more irenic news, some North Carolina churches are staging a "heavenly homebrew" contest, with the proceeds going to charity.

As the Golden (Ale) Rule says, "Brew unto others as you would have them brew unto you."