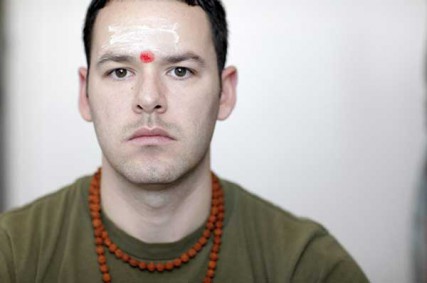 But he's not Muslim. In fact, the 29-year-old Lumberton resident doesn't call himself by any of the 12 faiths he practiced for a month at a time last year.

Not Hindu (January). Not Baha'i (February). Not Zoroastrian (March). Not Jewish (April). Not Buddhist (May). Not agnostic (June). Not Mormon (July). Not Muslim (August). Not Sikh (September). Not Wiccan (October). Not Jain (November). And not Catholic (December).

Finding faith in God again was not Bowen's aim. This young father of two was looking for faith in humanity.

Bowen became a Christian in high school and took “a nose dive into fundamentalism,” he said. “It just ignited a furnace in me.”

As a teen, Bowen said he was extremely critical of faiths different from his own. Once when a pair of male Mormon missionaries visited his home, Bowen said he chased them down the street as they retreated on their bicycles. 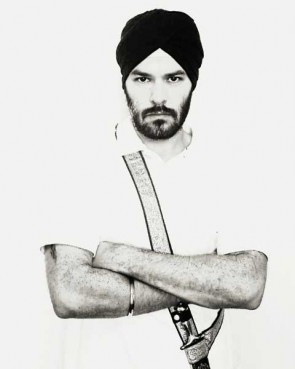 The Bowens had two girls, Shaylie and Nevaeh, and thought their family was complete. But in 2008, Heather's tubal ligation failed, and she was pregnant with their “miracle baby.”

But the doctors discovered the baby was behind her ovaries, an ectopic pregnancy that threatened Heather's life.

The couple had to choose to abort the baby, something they never dreamed they would do. They were devastated.

“It was a really dark time. I went into a very deep state of depression,” Heather recalled.

But Heather and her husband dealt with the baby's death in polar opposite ways.

She bought a devotional Bible and was baptized at a local Baptist church. He plunged into a “two-year stint of just seething hatred toward God.”

The couple fought each time Heather wanted to talk about her growing faith. Still, deep down, Bowen worried his hatred would consume him.

“The best way I can describe it was flying down the road like a bat out of hell toward a wall,” Bowen said. “With any transformation, there's a fire that has to be applied.”

So Project Conversion was born. He would study and practice one faith each month, guided by a mentor from each belief system. But this was no reality TV stunt.

It was an obsession – his personal intervention. 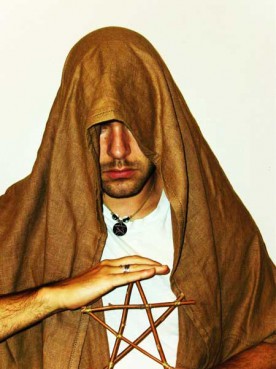 “It was 110 percent balls to the wall for me,” Bowen said, describing his dedication to the project.

To find his mentors in late 2010, he had to look outside his tiny, mostly Baptist farm town. His Zoroastrian mentor lives in Chicago. His Muslim mentor lives in Fayetteville.

Truthfully, Heather was skeptical about Project Conversion at first.

But she “saw changes in him. He was more patient. There was more of a sense of peace about him,” she said.

His first two weeks each month were spent intensely reading and learning a faith's tenets and the last half was spent exploring the faith's practices and rituals and visiting nearby congregations. For his Sikh month, he spent five hours watching YouTube videos on how to tie a turban. During his Jewish month, he spent a weekend visiting temples with his Jewish mentor, journalist Michael Solender in Charlotte. He's filled an entire bookshelf with holy books from his research.

“The most important thing I learned in Buddhism was how to wash dishes. Like there is nothing but this dish. It taught me finally to be quiet,” he said. “With the Mormons, the first thing I did was apologize. It was about humility and being one of them and serving them.”

Islam “showed me how much I was wasting in my life from food to activity. Bowing with the men in the mosque was astounding,” he said.

Catholicism was “a wellspring of expression and arts in worship. It was an ocean I could bury myself in for days and not come up for breath.”

The project also touched the lives of his mentors.

“It was energizing in that it allowed us to really put on the table and discuss conversations my wife and I wouldn't normally have had with other people,” Solender said.

Bowen was one of the best students of Wicca Greenville resident Melissa Barnhurst has had.

“He gave it a lot more than some students who've come to me wanting to become Wiccan,” she said.

Meanwhile, his wife worked as a labor and delivery nurse at a local hospital. Things were hard financially, at times, because Bowen wasn't working. 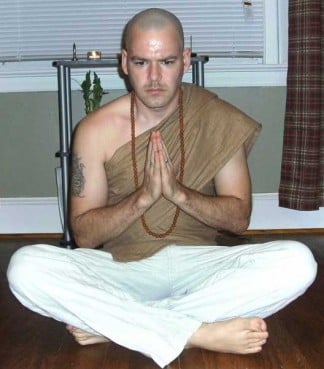 And then there was November, Jainism – and Heather's least favorite month. Bowen loved becoming a monk, meditating wrapped in his grandmother's sheets, not bathing and walking with a broom to whisk away creatures in the Jain tradition of respecting all life.

“It was the not bathing or washing your hands,” she said. “The nurse in me was beginning to have a fit.”

Though he admits his experiment caused hardship, the couple had a deal. Bowen put his wife through nursing school. She carried the financial burdens through Project Conversion.

“We argued more than we ever did, but my kids participated in celebrations, and my wife's Christianity opened up a whole lot more,” Bowen said.

“Faith has become a constant topic in our house,” Heather said. “We may not share a faith. We may never share a faith, but there's definitely a respect there.”

At its essence, Project Conversion was about burying his hatred and learning tolerance.

“For so long, I suffered with ego. So now I'm just going to make the faiths of others more beautiful to themselves,” he said. “I don't think about God now. I just participate.”