ATLANTA (RNS) After walking away from stardom as a Christian singer-songwriter in 2002, Jennifer Knapp never expected to return to a musical career — and certainly not as a Christian artist. And when she later came out as a lesbian, that prospect seemed especially remote. 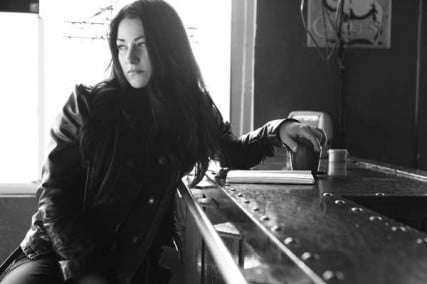 “When I put my guitar in the case and said this is my last (concert), I really didn't think I had anything to contribute to the religious conversation at all in music,” recalled the folk-rock artist, whose five Christian albums sold more than 1.5 million copies between 1994 and 2001 and earned her a Grammy nomination and Dove Award.

So the 38-year-old Kansas native is as shocked as anyone with her newfound role — as a gay Christian artist urging fellow Christians to affirm homosexuals. And she finds herself singing and making her case in the most unlikely venues – churches.

Though she no longer fits neatly into the “Christian music,” category, Knapp once again sings regularly for congregations and youth groups, the kind of audiences that made her a contemporary Christian music sensation almost two decades ago.

Those listeners who used to treat her like “a big rock star” now approach her after a concert for counsel about their sexual orientation, she said.

Now gay compatriots often look at her askance. If Christian congregations are notoriously reluctant to talk about homosexuality, she said, gay groups are even more resistant to talk about faith. “Because so many (lesbian, gay, bisexual and transgendered people) have had very negative experiences with their faith communities, they don't want anyone talking about it at all,” Knapp said.

Knapp took a seven-year hiatus from her musical career, spending five years in Australia before moving back to Nashville, Tenn., and in 2010 releasing her first new album in nine years, “Letting Go.”

The new songs, which will remind listeners of artists like Sheryl Crow and Melissa Etheridge, lack the overt devotion of her earlier Christian fare. But the new material is more incisive and honest than “A Little More” and the other songs that made her famous.

Her new album and her performances have found an audience with some of her old fans as well as Christians who — gay or straight — are hungry for churches to address LGBT issues and the challenges gay Christians face when they come out. She sings mostly for Methodist, Episcopal and other mainline Christian congregations that are open to homosexuality. While most denominational leaders are reluctant to address homosexuality, Knapp said grass-roots Christians have been surprisingly open to her message.

“On a local level, pastors are trying to be responsive to the LGBT people that show up on their doorstep,” said the former American Baptist, who attends church but hasn't joined one.

But Knapp doesn't call herself an activist for gay issues. In her music and interviews, she declines to offer a biblical defense for her own sexuality. “I'm just a human being that is going through the journey,” she said.

When she first came out, she recalled, “every public conversation was trying to make me justify, on the one hand, my gayness or, on the other, my faith. Or both of them together.”

As someone who dislikes conflict, she explained, “I felt for me not to respond was my answer.”

But when a Nashville woman was fired by her Christian employer for acknowledging her own homosexuality, Knapp was moved to speak out, and has been ever since. Her appearances this year are being billed as a music-and-lecture series called “Inside Out Faith,” which intends “to create a positive and constructive dialogue on behalf of LGBT people of faith.”

An open dialogue is necessary, she said, because the don't-ask-don't-tell policy practiced even by a lot of progressive churches is not working, and encourages gay congregants to be less than honest about who they are.

Knapp, who doesn't talk publicly about her partner out of respect for the woman's privacy, said she had just begun the process of discerning her own sexual identity when she left Christian music. But she said she left primarily for theological reasons. “There were some things theologically that I didn't hold the evangelical party line on,” she said. 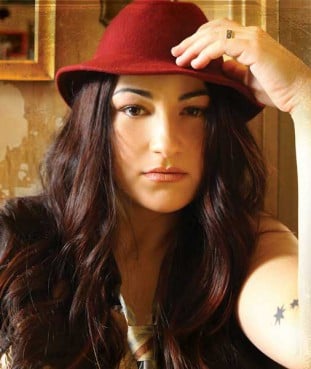 Yet that world was all she had known since she began performing as a teenager. Without it, she wondered, what's left?

Ironically, Knapp found her answer when her Christian critics questioned her faith. Rumors of her sexual orientation surfaced in the Christian music field soon after she left. Many people assumed that was why she abandoned her career and, they figured, her faith. Neither was true, Knapp said.

“When I came out, I didn't expect how much it hurt my heart that people assumed the experience I had as a person of faith had never mattered and didn't exist,” she said.

“I realized (the Christian faith) was an integral part of my life when it was assumed that it wasn't,” she said.

Coming to terms with both her spirituality and sexuality have brought Knapp to a better place in life, she said. 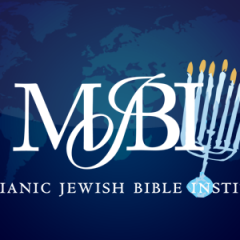 Martini Judaism
He’s not a rabbi, and it’s not Judaism 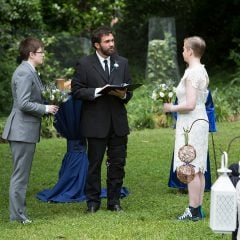 News
In the Mennonite Church USA, congregations realign on sexuality
Follow us on Facebook!
Submit your photos to RNS