(RNS) Richard Mouw never intended to start a riot within the evangelical community by saying his fellow believers had “sinned against Mormonism.” But that's exactly what happened. 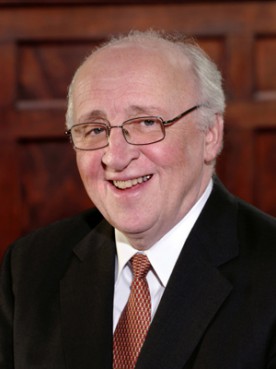 Mouw, president of Fuller Theological Seminary in Pasadena, Calif., had been meeting regularly with Latter-day Saint scholars before he gave a seven-minute introduction of Ravi Zacharias, an evangelical speaker who addressed a packed audience in the Mormon Tabernacle in November 2004.

“We've often seriously misrepresented the beliefs and practices of members of the LDS faith,” Mouw said that night. “It's a terrible thing to bear false witness.”

The impact was immediate.

Some of Mouw's colleagues and fellow believers were outraged. They accused him of selling out, of not standing for the Christian truth or adequately denouncing evil, of being duped.

Undeterred, Mouw continued this line of preaching to evangelicals for the next seven years and maintained regular conversations with Mormons. He has now expanded it into a just-released book, “Talking with Mormons: An Invitation to Evangelicals.”

In the book, Mouw argues that understanding Mormonism isn't just about being nice, it's a Christian mandate.

Too often, evangelicals pick up little-taught LDS beliefs — such as humans becoming gods or having their own planets — and put them at the center of Mormon theology, rather than at the periphery.

“If in our attempts to defeat them we play fast and loose with the truth by attributing to them things they don't in fact teach,” Mouw writes, “then we have become false teachers: teachers of untruths.”

Mouw spells out the doctrinal differences between the Church of Jesus Christ of Latter-day Saints and historical Christian faiths: the nature of God and Jesus, the nature of the Trinity, nonbiblical Mormon scriptures and the rejection of the creeds.

Mouw disagrees with Mormon theology, but the Fuller president also grapples with what to think about Mormon founder Joseph Smith. 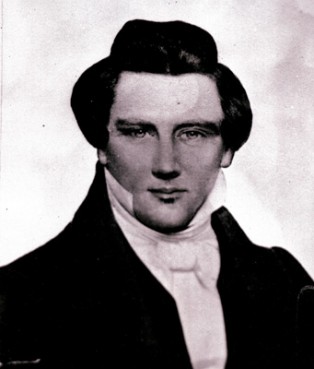 Evangelicals generally view Smith as either a lunatic or a liar, but neither category adequately explains to Mouw how Smith could launch a movement that produced so many good people who share his values. The same argument could be applied to Muhammad and Islam.

Mouw arrives at what could be seen by many evangelicals as a radical idea: He recognizes “the positive workings of God beyond the borders of orthodox Christianity.”

Such respect, he believes, is the beginning of a “careful engagement with other religious perspectives.”

John Morehead, director of the Evangelical Chapter of the Foundation for Religious Diplomacy, agrees.

He, too, has a complex view of the Mormon founder.

“I'm not willing to say he was just a false prophet,” says Morehead, who lives and works in Salt Lake City. “I want to understand him and the religious group he left behind.”

Morehead spends a lot of his time doing just what Mouw recommends: He talks to Mormons, a lot of them. And he believes the reason many evangelicals avoid talking with Mormons is “fear.”

These Christians, he says, are afraid any discussions between the two groups will somehow compromise their own Christian faith, lend legitimacy to a group they believe is a cult or even persuade them to convert. Besides, Morehead says, many evangelicals believe there is nothing of religious value in Mormon teachings.

It's easier for evangelicals to take a defensive posture, he says, arguing that their responsibility is to convert Mormons, not listen to them.

“I read Richard's book as the sincere and almost strenuous effort from a very good-hearted man to embrace people whose theology is starkly different from his own,” says Bushman, who teaches American history at Columbia University in New York. “As much as anything, he's reacting against those who would denigrate Mormons.”

This effort is typical of the modern age, Bushman says. “We are thrust up against religious traditions not our own. To make peace with the world, we try to find some common meeting ground where we can understand one another.”

Today, evangelicals have been forced to confront their views of Mormonism even more directly and publicly because of Mitt Romney's presidential campaign.

In October, Dallas pastor Robert Jeffress, a Southern Baptist, called Mormonism a cult and said he therefore would never vote for a Latter-day Saint. Since Romney presumably secured the Republican nomination, Jeffress reluctantly admitted he would vote for Romney over Obama, because of the Mormon candidate's stance on abortion.

For 20 to 30 years, many evangelicals have devoted a lot of time on a campaign to warn fellow Christians about the Mormons, Bushman says. As that fades into the past, all these evangelicals are looking for a way to talk about Mormonism that doesn't give up their strong truth claims, but acknowledges their common values.

Mouw has given evangelicals “a handy tool for making that transition,” he says.

Bushman sees the invitation for Romney to speak last Saturday (May 12) at Jerry Falwell's Liberty University commencement as a “hopeful sign.”