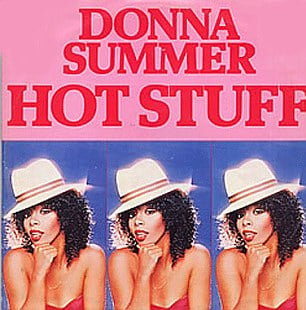 The proposed attack ad featuring the Rev. Jeremiah Wright  injected race and religion into the 2012 race in a big way, the NYT reports.

Mitt Romney said he “repudiate(s) that effort,” but stood by comments he made in February suggesting that President Obama wants to make America into a “less Christian nation”

The Super Pac that considered running the ads quickly backed away, calling them “merely a proposal.”

CNN's Roland Martin says conservatives' plans may boomerang. “You're now putting on the table how African Americans were treated by the Mormon religion. I don't think Mitt Romney really wants to have that conversation, considering he was an elder and his dad was an elder, and they really did not embrace African Americans,” Martin said.

A former Roman Catholic priest, John F. Fiala, was found guilty in Texas of plotting the death of a man who accused him of sexual abuse.

Salt Lake City is the most religious metropolis in the U.S., according to a new study, and Portlandia the least.

Nearly half of American Internet users are online for religious purposes. Lord knows what the rest of you are doing.

An Orthodox Jewish professor, Maurice Eisenstein, claims that faculty and administrators at Purdue University Calumet conspired to ruin his reputation over anti-Muslim comments he made in the classroom and on Facebook.

“Exorcist” author William Peter Blatty is turning heads (sorry, I couldn't resist) by preparing a canon law suit against Georgetown University, his alma mater, to stop the school from calling itself Catholic or Jesuit.

Commonweal mag breaks down the Franciscan U. of Steubenville's arguments for dropping students' health care plans.

Famed Swiss theologian Hans Küng declined an invitation to celebrate the 50th anniversary of Vatican 2, saying that a funeral or penance service would be more apt.

Cleveland Catholics are anxious for their bishop to re-open their parishes, as the Vatican ordered more than a month ago.

A Brooklyn-based artist has made wine-flavored Popsicles with sticks that depict a crucified Jesus.

Finally, Disco Queen Donna Summer, who grew up singing in church, became a “sex goddess” through hits like “Love to Love you Baby,” and returned to Christianity after suffering from depression, has danced her last dance. She worked hard for her money, so let's hope He treats her right.

If you, too, work hard for your money, then you'll probably like our Daily Religion News Roundup, delivered straight to your inbox five days a week for no charge. It's Hot Stuff.