(RNS) Muslim civil rights groups are calling a new Kansas law that bans Shariah in state courtrooms an expression of Islamophobia that is vulnerable to a legal challenge. 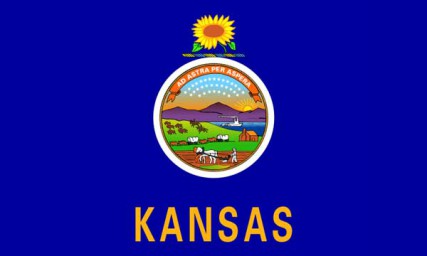 The law, signed by Republican Gov. Sam Brownback on Monday (May 28), does not specifically mention Shariah, or Islamic law, but forbids state courts from basing decisions on foreign laws that contradict rights granted by the U.S. Constitution and state constitutions.

But the Council on American-Islamic Relations and other Muslim groups called the law little more than anti-Muslim propaganda.

“It’s obvious, based on the Islamophobic rhetoric of the sponsors of the bill, that the target was Islam and the Kansas Muslim community,” said CAIR spokesman Ibrahim Hooper. “This type of bigoted legislation should be repudiated not only by Muslims but by Americans of all faiths nationwide.”

When asked whether the law would be challenged, Hooper said, “Stay tuned.”

Stephen Gele of the American Public Policy Alliance, a Michigan group concerned about the use of Shariah in American courts, said the bill “should provide protection for Kansas citizens from the application of foreign laws” and “does not read in any way to be discriminatory against any religion.”

Brownback spokeswoman Sherriene Jones-Sontag said in a statement that the bill “makes it clear that Kansas courts will rely exclusively on the laws of our state and our nation when deciding cases and will not consider the laws of foreign jurisdictions.”

A Shariah billboard encourages readers to ask questions and call the toll-free number or visit the campaign website.

Three states – Arizona, Tennessee and Louisiana – have similar laws on the books. Oklahoma voters approved a ballot initiative that expressly forbids the use of Shariah in legal decisions, but a federal appeals court struck it down in January, calling it a violation of the First Amendment.