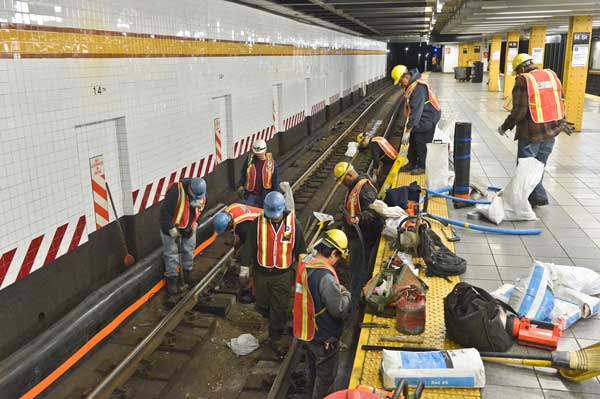 (RNS) Sikh and Muslim transit workers in New York City are celebrating the settlement of a federal lawsuit that will allow them to wear turbans on the job, in public and without affixing Metropolitan Transit Authority logos to them. They will just have to be the same blue color as the MTA uniform. 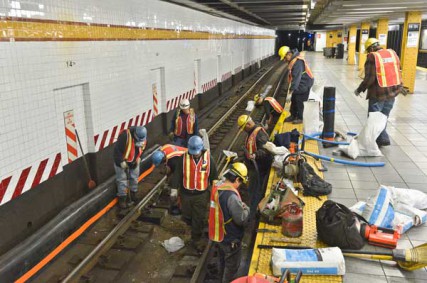 After 9/11, the transit authority required workers wearing turbans to either perform duties where the public would not see them, or place an “MTA” logo on their headdresses, which some Muslims and Sikhs wear for religious reasons.

“The MTA honored me for driving my train in reverse away from the towers on 9/11 and leading passengers to safety,” said plaintiff and Sikh train operator Sat Hari Singh, who also goes by the name Kevin Harrington.

The case was led by the Department of Justice and plaintiffs were represented by the Sikh Coalition, the Center for Constitutional Rights and others, who held that the MTA's  “segregate or brand” policy violated federal civil rights law.

The transit authority said in a statement that it had "offered reasonable accommodations to its headwear policy to its employees" and that the policy was "never animated by religious or ethnic bias." The settlement, it continued, preserves the "fundamental elements of Transit Authority uniform policies."

Shayana Kadidal, a senior managing attorney at the Center for Constitutional Rights, said the policy was little more than "a calculated attempt to hide Sikh workers from public view on the grounds that they ‘look Muslim’ and might alarm the public for that reason.”

Turbans have religious significance to Sikhs and Muslims. Sikh men believe the hair must remain uncut and wrapped in a turban to protect it. Men in some Muslim cultures wear turbans as a tribute to the Prophet Muhammad, who saw it as a symbol of piety.

Related Posts
By Caitlin Yoshiko Kandil
'I have to find the Mecca of my heart': Muslims grieve as hajj is drastically limited
By Aysha Khan
From farm labor to food trucks, Sikhs adapt langar to serve the masses during a pandemic
By Aysha Khan
Facebook, Instagram unblock #Sikh hashtag amid 1984 massacre remembrance
By Alejandra Molina
Four young people of different faiths move into a home together, then a pandemic happens
By Hind Makki
Coronavirus restrictions on mosques bring women to the fore