(RNS) Now that Mitt Romney has sewn up the Republican nomination, the GOP can move beyond a tumultuous primary season. But for some of Romney's fellow Mormons, there's still some anxiety in the air. 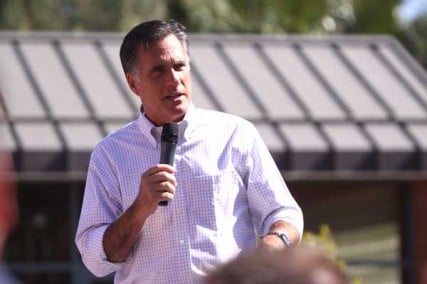 “For Mormons, this is a potentially volatile moment. They are deeply proud that their faith’s most prominent adherent, Mitt Romney, is steps away from a presidential nomination and could push the faith further into the mainstream,” Matt Viser wrote in The Boston Globe.

“With these feelings, though, comes a nagging fear that their beliefs, often misunderstood, will again be subjected to scrutiny, even ridicule, on a national scale.”

If the past is any indicator, their fears may be founded. In 1998, the Southern Baptist Convention held its annual meeting in Salt Lake City, the symbolic and organizational heartland of Mormonism. Some 3,000 Southern Baptist volunteers went door to door with the intent to evangelize Mormons; and the denomination even produced a book called “Mormonism Unmasked,” which promised to “lift the veil from one of the greatest deceptions in the history of religion.”

When Romney delivered his “Faith in America” speech in 2007, the Southern Baptist response was to label Mormonism a “theological cult” and “false religion.”

What's surprising in 2012 is the relative lack of anxiety on the other side, among evangelicals who for years considered Mormonism a “cult” that was to be feared, not embraced.

In fact, the relative ambivalence among prominent evangelicals about this new “Mormon moment” — and the fact that Romney's campaign could mainstream Mormonism right into the Oval Office – could radically shift the dynamics on America's political and religious landscape.

“You can already see the change in thinking among many evangelicals who see Mitt Romney more as the Republican candidate for president and less as a Mormon,” said Leith Anderson, president of the National Association of Evangelicals, who declined, when asked, to label Mormonism a “cult.”

Joanna Brooks, a prominent Mormon writer at Religion Dispatches, agreed with Anderson, noting the already visible difference between the level of evangelical anxiety created by the Romney campaign in 2008 and 2012.

“Since his inevitability as a candidate this spring, you’ve seen evangelical leaders who took pleasure in calling Mormonism a cult come to his side,” Brooks said. “Things are changing.”

Brooks doesn’t believe that a Romney candidacy will eliminate the serious theological distinctions between evangelicals and Mormons, but she does expect we’ll see fewer Christians willing to label Mormonism as a “cult” as the mainstream media and many Americans now interpret the use of the phrase as an expression of bigotry.

Last October, Christian columnist Rod Dreher wrote in The American Conservative that it's “offensive” to him when Christians speak of Mormonism as a cult. His words echo the sentiments of Richard Mouw, prominent evangelical scholar and president of Fuller Theological Seminary, who penned “My Take: This evangelical says Mormonism isn’t a cult” on CNN's Belief blog.

“While I am not prepared to reclassify Mormonism as possessing undeniably Christian theology,” Mouw wrote, “I do accept many of my Mormon friends as genuine followers of the Jesus whom I worship as the divine Savior.”

Even Liberty University Chancellor Jerry Falwell Jr. seems to have softened his family's hard-line stance as Liberty welcomed Romney as its commencement speaker in May. “Liberty has no official position on Mormonism,” Falwell told CNN’s Kyra Phillips. “Our statement does not define Mormonism as a cult. … That’s not part of our doctrinal position and not our official position.”

Robert Jones, president of the Washington-based Public Religion Research Institute, sees parallels to the warming thaw between evangelicals and Catholics in the 1980s and 1990s — a pragmatic political alliance that grew out of shared opposition to abortion.

“It was really political affinities that began to break down that wall between Catholics and evangelicals,” Jones said.

More recently, evangelicals have been more than willing to work with Mormons in the fight against gay marriage. The growing Mormon-evangelical political alliance could have real religious (and political) implications: Recent PRRI polls of white evangelicals show that as the group’s awareness of Romney’s Mormon faith increases, his favorability among the group also rises.

In short, what was once a liability might now be seen as a political asset – especially in the GOP's crucial base of conservative Christian culture warriors.

Still, not all evangelicals seem to be softening their stance.  Southern Baptist researcher Ed Stetzer defines Mormonism as a “theological cult,” not the classic “sociological cult.” His research shows that a full 75 percent of Protestant pastors believe that Mormonism is either a cult or simply a different religion.

Stetzer says he'd be concerned if the significant theological distinctions between Mormons and mainstream Christianity are blurred or overlooked in the name of political expediency.

“I think it is more helpful to call Mormons another religion, distinct from biblical or historic Christianity, as just about everyone from Catholics to Methodists to Baptists have clearly stated,” Stetzer notes. “It's a different religion that uses the same words to describe very different things.”

In the 2012 presidential race, “very different” doesn't seem to matter very much at all. And that – regardless of whether Romney wins in November – may be the most important legacy of America's Mormon moment. 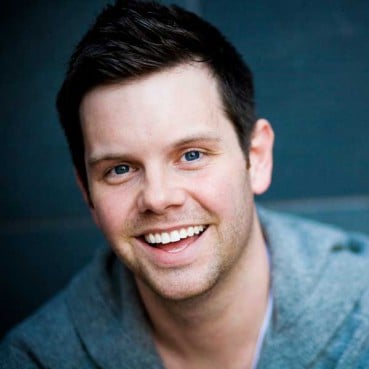 (Jonathan Merritt is author of “A Faith of Our Own: Following Jesus Beyond the Culture Wars.”)