RANDALLSTOWN, Md. (RNS) With the Southern Baptist Convention poised to elect its first African-American president at its meeting next week in New Orleans, the mostly black congregation at Colonial Baptist Church is equal parts excited and astonished. 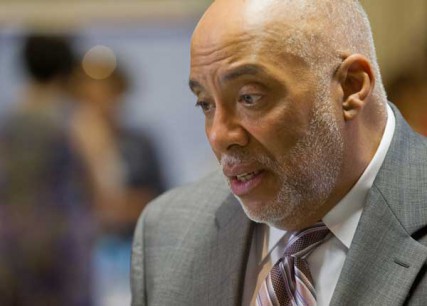 Fred Murray reacts to the probable election of the first African-American president to lead the Southern Baptist denomination. He's in attendance at Colonial Baptist Church in Randallstown, Maryland, on Sunday, June 10, 2012.

“The denomination has come from 180 degrees,” said Vernon T. Gaskins, 83, after the Sunday morning service at the church outside Baltimore. “I am quite shocked to see it, but I’m glad to see it.”

The small band of black members in the overwhelmingly white denomination isn't expecting wholesale changes in the expected election of New Orleans pastor Fred Luter next Tuesday (June 19). And Luter, for his part, is also trying to keep expectations low.

“I don’t think it will change drastically but I do think there will be a change, where African-Americans who really never considered being part of the SBC will now look at it,” Luter, 55, said in a phone interview from his Franklin Avenue Baptist Church.

Yet for a denomination that was founded in 1845 in defense of slave-owning Southerners, Luter's election nonetheless carries enormous symbolism in the nation's largest Protestant body, which only 17 years ago apologized for its racist history.

The pastor of one of Louisiana’s largest Southern Baptist congregations has been answering emails from people who are wishing him well and fielding calls, including a black Chicago pastor who was mistaken for a guest when he and his wife first attended the denomination's annual meetings in the 1970s.

“Brother Luter,” the pastor told him, “I never thought I’d see the day.”

Colonial’s pastor, the Rev. Robert Anderson, is the sole African-American member of the Southern Baptist Convention’s Executive Committee, which last year recommended the denomination take more proactive steps in recruiting blacks and other minorities for committees and agency posts. 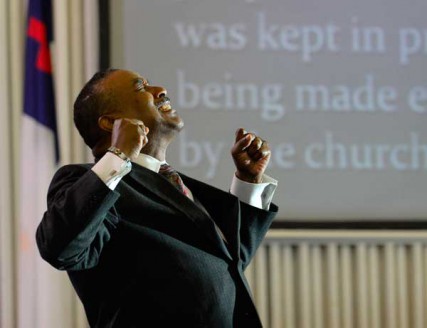 At Anderson’s church, worshippers applauded efforts to fight a Maryland same-sex marriage law and helped raise money for a local crisis pregnancy center. And they also prayed for Luter’s election.

“We pray, Lord, for the new coming president, Fred Luter, that hopefully will be voted on next week,’’ Anderson prayed. “Lord, I pray that you give him wisdom, discernment, strength to represent well, more than the Southern Baptist Convention, to represent the kingdom of God, the church of the Lord Jesus Christ.”

That’s also why he's trying to temper his excitement over Luter’s election.

While the president of the historically black National Baptist Convention, USA, “basically runs the convention from his church,” for example, the SBC president has influence but limited power. He is “the visible face of the convention,” Walker said, but the SBC structure leaves many decisions in the hands of its Executive Committee. The president has more power in appointments to boards and agencies.

“The bad news is the day after he’s elected, nothing substantially changes for minorities in the Southern Baptist Convention,” he said. “We still will not have one person that’s a minority that’s in charge of a budget or personnel or who serves as an entity head.”

While some critique the denomination for how far it still needs to go, others say it’s important to recognize how far it’s come. 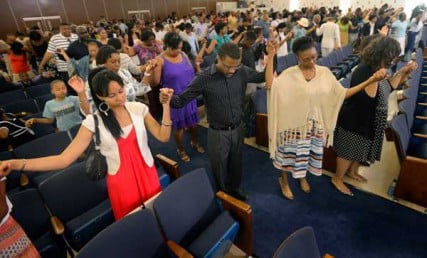 The Rev. Mark Croston, the treasurer of the SBC’s National African American Fellowship, said blacks have served as vice presidents of some Southern Baptist agencies in the last decade. Compare that to the 1970s and the “uproar” over a Sunday school publication that featured an interracial photo.

“So we can see the progress,” Croston said. “Has it happened in all the levels of leadership? Not as much as we would like it to but we’re seeing it, step by step, happening.”

The Rev. Ken Fentress, a black pastor who leads a multicultural Southern Baptist church in Rockville, Md., said Luter’s election will be more than symbolic and will likely lead to more minorities rising to positions of leadership and prominence. 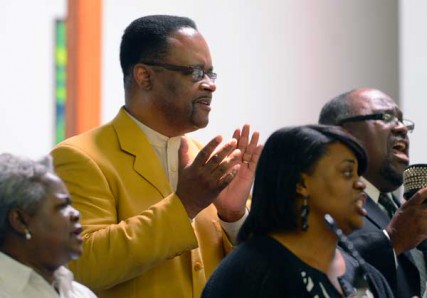 Singing with the choir, Larry Broadway is the worship leader at Colonial Baptist Church in Randallstown, Maryland, on Sunday, June 10, 2012.