(RNS) In an unexpected blow to the Obama administration and a major boon for America's Catholic bishops, the influential Catholic Health Association on Friday (June 15) rejected White House proposals aimed at easing faith-based objections to the contraception mandate. 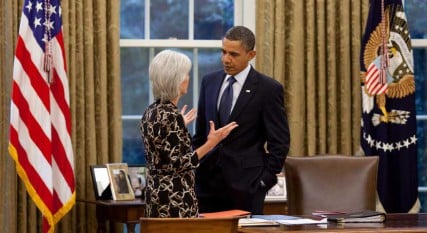 “The more we learn, the more it appears that the … approaches for both insured and self-insured plans would be unduly cumbersome and would be unlikely to adequately meet the religious liberty concerns of all of our members and other Church ministries,” Sister Carol Keehan and leaders of the CHA said in a five-page response to the Department of Health and Human Services.

[READ THE FULL MEMO BELOW]

Keehan, a crucial ally of the Obama administration in passing health care reform in 2009, had initially sounded a positive note about the administration's proposals in February and again in March that sought to address a wave of bad publicity by accommodating religious concerns about the mandate.

The mandate requires that all employee health insurance plans must provide no-cost birth control coverage to employees, and it grants what many consider an unacceptably narrow exemption for religious groups.

Keehan’s early openness to Obama’s compromise angered the Catholic bishops and social conservatives who have made defeat of the mandate – or expansion of the narrow religious exemption – a centerpiece of their public activism.

As the largest private health care provider in the nation, overseeing a network of hundreds of hospitals and medical facilities, the CHA is a critical player in health care issues. Many accused Keehan of showing the White House more deference than she did the hierarchy.

Keehan’s role in the controversy became further complicated by the recent Vatican moves against American nuns, but the latest twist also creates a serious political headache for the president as he heads into an increasingly tough election campaign.

The CHA said “it is imperative for the Administration to abandon the narrow definition of ‘religious employer’ and instead use an expanded definition to exempt from the contraceptive mandate not only churches, but also Catholic hospitals, health care organizations and other ministries of the Church.”

“To make this distinction is to create a false dichotomy between the Catholic Church and the ministries through which the Church lives out the teachings of Jesus Christ,” the CHA said.

“Catholic health care providers are participants in the healing ministry of Jesus Christ. Our mission and our ethical standards in health care are rooted in and inseparable from the Catholic Church and its teachings about the dignity of the human person and the sanctity of human life from conception to natural death.”

The CHA did not focus on objections to contraception coverage per se. Instead, it stressed that if the administration wants to go ahead with the plan to provide free birth control coverage for all employees through health insurance, then it should “find a way to provide and pay for these services directly without requiring any direct or indirect involvement of ‘religious employers,’ as broadly defined.”

Alternately, the CHA suggested that HHS could simply declare that an organization would be covered by a wider religious exemption if it “shares common religious bonds and convictions with a church.” That definition would exempt the Catholic hospitals and universities who would be most directly affected by the mandate.

The Health and Human Services Department did not respond to requests for comment. But an administration official, speaking on background, said the HHS “will consider all the comments and suggestions from interested stakeholders before finalizing and implementing policies that respect religious liberty and ensure millions of women have access to recommended preventive services.”

At their annual spring meeting this week in Atlanta, the Catholic bishops renewed their opposition to the mandate on religious liberty rather than doctrinal grounds. The next step in their lobbying effort will be a “Fortnight for Freedom” religious liberty campaign that launches this month and ends on July 4.

Religion Hub
Christmas isn’t always holly jolly – even some of its best-loved songs are bittersweet
Follow us on Facebook!
Submit your photos to RNS