NEW YORK (RNS) It is an unfortunate tradition. Every two years since 2004, the Presbyterian Church (USA) considers resolutions that vilify Israel as the guilty party in the Palestinian-Israeli conflict and recommend one or more punitive measures that fall easily into the rubric of BDS (boycott, divestment, and sanction) against Israel.

Now, the 2012 Presbyterian Church (USA) General Assembly in Pittsburgh, which opens on June 30, is poised to continue the ritual.

Resolutions already have been proposed by a few national committees and local presbyteries urging a withdrawal of church investments from companies that do business with Israel. The resolutions label Israel’s government an apartheid regime; call for boycotts of Israeli products; and moralize about Israel’s violations of human rights and religious freedom.

Some within the church have responded with counter-resolutions that call upon the church to cease and desist in trying to use BDS as a tool to advance peace. They urge investment in the region in lieu of divestment, and call upon the church to pay at least equal attention to attacks on Christians across the Middle East as it pays to Israel’s role in the conflict with Palestinians.

It's still unclear whether the pro- or anti-BDS forces will prevail in this battle within the church. Either way, this battle has wider implications for Presbyterian-Jewish relations in particular and Christian-Jewish relations in general. The fact that so much time and energy are expended within the church and the American Jewish community on this constant assault on Israel threatens interfaith comity.

The pro-BDS elements within the church assert that they are motivated by a commitment to peace and justice. But even a casual look at their advocacy texts challenges that assertion.  These texts fail the 3-D litmus test appropriately established by Natan Sharansky, former Soviet dissident and a current Israeli leader: their texts are rife with demonization, double standards and delegitimization.

The pro-BDS advocacy texts demonize Israel by depicting it as a pariah nation. They present a double standard that focuses on Israel’s action vis-a-vis Palestinians but ignores countries which deny Christians (and Jews) freedom of religion and protection from violence. They also delegitimize Israel by questioning the right of the Jewish people to their own Jewish state even while demanding the same for the Palestinian people.

But perhaps more disturbingly, these Presbyterians are inspired by non-representative Palestinian Christian religious leaders who want to turn back the clock on Christian-Jewish relations. They use discredited anti-Jewish tropes to characterize the Palestinian-Israeli conflict — most glaringly in the portrayal of Palestinians as the new Jesus, once again persecuted by the Jews; and the embrace of supersessionist theology that rejects Jewish connection to the land.

The last 50 years of post-Holocaust Christian-Jewish dialogues should have made these themes unacceptable, and yet they have resurfaced in a nefarious contextualization of the Palestinian-Israeli conflict. We dare not let these strident voices drag Christians and Jews back into that discredited mire.

In a rare, perhaps historic, expression of solidarity, more than 1,300 American rabbis have called on American churches to reject those who hype divestment as a tool for resolving the conflict between Palestinians and Israelis. Rabbis representing varied ideological orientations signed a letter to “our Christian neighbors,” reaching out “in hope” that churches will not embrace one-sided approaches that strain “the relationship between Jews and Christians that has been nurtured for decades.”

Presbyterians must now decide which direction they want to go. But they should first acknowledge that BDS will ultimately have no impact on the Palestinian-Israeli conflict. It is resolvable along well-known parameters that require leadership in returning to the negotiating table without preconditions.

The impact of church statements about Israel on Christian-Jewish relations is palpable. We dare not take lightly the interfaith achievements that were secured over decades and are now under assault. The Presbyterian Church (USA) has an opportunity, if it chooses, to shift course. 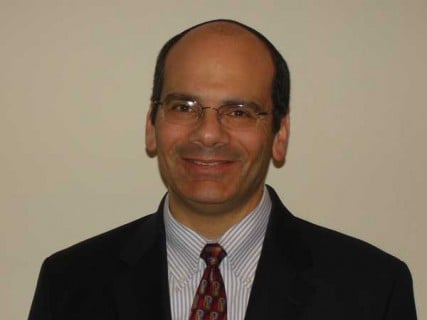 Rabbi Noam E. Marans is the director of Interreligious relations for the American Jewish Committee.

(Rabbi Noam E. Marans is the director of Interreligious relations for the American Jewish Committee.)