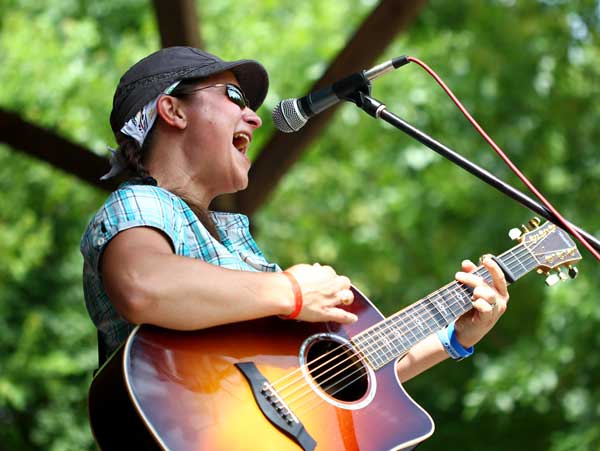 Since 1984, these and other Christian heavy metal bands have been congregating every summer in a field near Chicago for the Cornerstone Festival. And for much of the 1980s and 1990s, it was the place for Christian thrash metal, death metal, or any other metal bands to generate a following.

Cornerstone provided the venue -- and for several years, as many as 20,000 fans -- to help these bands gain traction in a faith community more often associated with pop praise music. 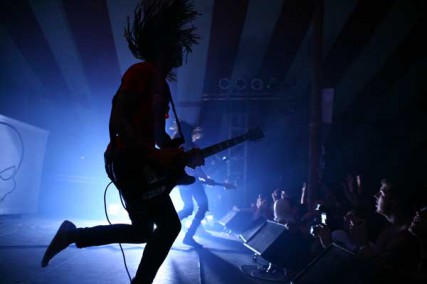 A scene from Cornerstone Festival 2010. This summer will be the last call for Cornerstone, one of the oldest Christian music and arts festival in the U.S.

Financial troubles will make this summer's July 2-7 gathering the last for the venerable festival, one of the oldest Christian music and arts festivals in the U.S. Only Greenbelt, the British festival from which Cornerstone emerged, has been around longer.

Yet as Cornerstone says goodbye, a young upstart festival is doubling its size in only its second year.

The Wild Goose Festival also owes its origins to Greenbelt, but the ethos and theology are radically different than Cornerstone’s. The first Wild Goose met at Shakori Hills, N.C., a 72-acre wilderness and campground 20 minutes from Chapel Hill.

This year, in an effort to expand attendance and participation, Wild Goose East will meet June 21-24 in North Carolina, while Wild Goose West will meet at the Benton County Fairgrounds near Portland, Ore., Aug. 31-Sept. 2. 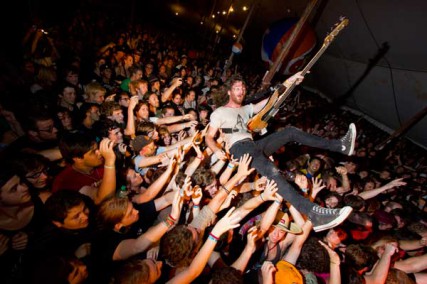 A scene from Cornerstone Festival 2011. This summer will be the last call for Cornerstone, one of the oldest Christian music and arts festival in the U.S.

Both Cornerstone and Wild Goose attempted to be a meeting place for music, art, conversation, and theological exploration. Whereas Cornerstone participants' heavy metal regalia could look a bit off-putting to parents dropping off their young children, the theology behind the event remained solidly conservative evangelical.

As Cornerstone prepares for its final act, Wild Goose, in its second year, is still finding its footing. Both festivals strongly emphasize justice and aesthetics, and while Wild Goose is clearly more to the left than Cornerstone, both have attempted to promote an understanding of Christianity that is big-tent, honest, and conversational.

Jennifer Knapp performs on the main stage at the Wild Goose Festival at Shakori Hills in North Carolina June 25, 2011.

Wild Goose’s organizers have intentionally created an event that pushes the limits of theological discussion, even on issues like homosexuality. The conference generated some controversy last year by inviting singer/songwriter Jennifer Knapp, a popular artist who recently came out as a lesbian.

“We want to build friendships with everyone who comes,” said Wild Goose’s executive director, Gareth Higgins. “Sexuality causes people to divide themselves along intellectual positions. Rather than divide, we want to create a space that promotes the common good.”

Higgins believes that common good includes a conversation that takes seriously all of human experience, including sexuality. “The loud voices are not doing justice to the human condition,” he said.

Conversation is more than a buzzword for Wild Goose. Cornerstone refers to their seminars as teaching sessions, but Wild Goose allows festival-goers to sign up and host their own conversations. 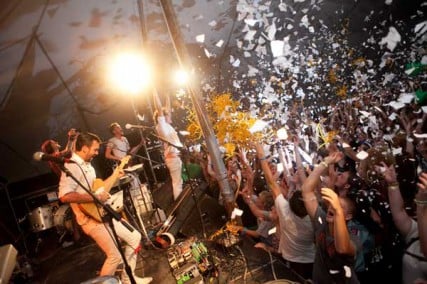 A scene from Cornerstone Festival 2011. This summer will be the last call for Cornerstone, one of the oldest Christian music and arts festival in the U.S.

“We’ll choose as many as we can,” Higgins said. “It helps us transcend the fear of not being in control, and it gives everyone the chance to share wisdom within the community.”

Both festivals have a feeling of intentional chaos. Hierarchies are dissolved and speakers answer questions face to face. At Wild Goose, speakers are asked to bring a question to which they don’t know the answer, and the question is then put to the audience.

Like the speakers at Wild Goose, the music at Cornerstone can also feel a bit unhinged. Eddie Jones, the former bass player for Radial Angel, a band that enjoyed modest success in the 1990s, said Cornerstone is a “dirty hippie’s dream festival.”

“It’s a free-for-all of music in a huge complex,” Jones said. “The main stage has all these sponsored shows--magazines, record labels, ministries--but you can’t walk 10 feet without finding a ‘generator stage.’”

The generator stages are nothing more than bands with their equipment hooked to generators playing as loudly as they can. As chaotic as it could be, Jones said Cornerstone’s impact on a generation of Christian young people was profound.

“It was kind of a mecca for a whole generation of Christian sub-culture,” he said. "Kids who loved good music and didn't quite fit into the church found a place they could meet others like them. It helped launch bands like P.O.D., and others who were able to find a devoted fan base that would follow them ... and propel them to the mainstream success they had.” 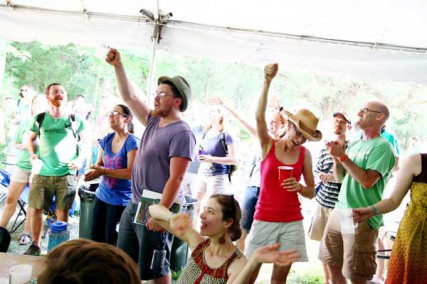 An afternoon of Beer 'N' Hymns rocks the Beer Tent at the Wild Goose Festival at Shakori Hills in North Carolina June 24, 2011.

Genesis Winter, the director of Cornerstone, said the festival is closing down because it no longer generates enough revenue to cover costs.

“When we began, many Christians were not sure that rock 'n' roll music, no matter the lyrics, could be called Christian, and they wondered if hard music could possibly be Christian," she said. "Now, these and other types of music are more readily accepted in the church, and I think Cornerstone had a lot to do with that.”