(RNS) Funeral services will be held on Friday (Aug. 10) for the six Sikhs killed at a Wisconsin temple last Sunday. The bodies of the deceased will later be cremated —  but their souls will live on, Sikh tradition teaches. Members of the Spokane, Wa. community light candles to honor those slain at a Wisconsin Sikh temple on Wednesday Aug. 8, 2012.

Sikh scriptures don't dwell on what happens after death. Instead, the faith focuses on earthly duties, such as honoring God, performing charity and promoting justice.

“The afterlife is not a primary concern,” said Gurinder Singh Mann, a religious studies professor at the University of California-Santa Barbara. “It's a very life-affirming belief system.”

Still, like many religions, Sikhism includes intimations of immortality.

Founded in 15th-century India, Sikhism was born in the same cradle as Hinduism and Buddhism, both of which posit reincarnation. Like those faiths, Sikhism teaches that the goal is to escape from the cycle of death and rebirth. 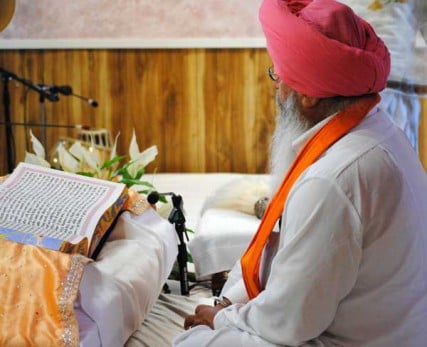 Khaira Singh reads scripture to members of the Spokane, Wa. community who gathered to honor those slain at a Wisconsin Sikh temple on Wednesday, Aug 8, 2012.

But unlike Hindus and Buddhists, Sikhs believe that humans can't liberate themselves through meditation and virtue — only God's grace offers freedom from rebirth.

“We don't think that, 'Well, I've done these wonderful things, I get a ticket to heaven,'” said Mann. “That's a divine decision.”

It's almost as if Sikhs straddle the fault line in the old Catholic and Protestant dispute over salvation by faith or good works. In Sikh theology, Mann explained, moral living prepares the soul to receive God's grace. But God could decide to save a scoundrel, or flick a mensch back to be reborn.

For those fortunate enough to escape rebirth, the ultimate destination is a return to the divine soul from which all beings emanate, said Harpreet Singh, a South Asian studies scholar at Harvard University. A Sikh hymn often sung at funerals says, “Like droplets of water in an ocean wave and the ripples of a stream, I am immersed in the Lord.”

A host of metaphors are used to describe that indwelling with God. Some Sikh scriptures describe a divine court in the afterlife, as if God were a supreme king. Ultimately, though, God is less like a monarch than a transcendent force, at once visible and invisible. Members of the Spokane, Wa. community light candles to honor those slain at a Wisconsin Sikh temple on Wednesday Aug. 8, 2012.

“In our culture, it's not the end when somebody dies,” Amardeep Kaleka, whose father, Satwant Singh Kaleka, was killed in Sunday's shooting, told CNN. “Their soul and energy kind of transcends, traverses into the universe and helps influence other events.”

That's why Sikh funerals end on a happy note, Singh explained. Like jazz funerals in New Orleans, which begin with a dirge and conclude with a swinging spiritual, Sikh services include verses from the Anand Sahib, or Song of Bliss.

“Even though we grieve when loved ones depart, the tradition also teaches us that death is something worth celebrating, because the souls are going to be one with God,” said Singh. “Almost like a drop of water going back into the ocean.” 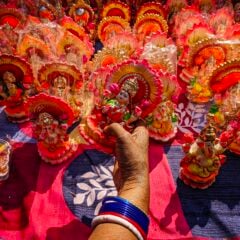 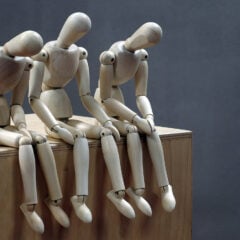 Opinion
The silence of the witnesses hurt more than the shouted bigotry
Follow us on Facebook!
Submit your photos to RNS