(RNS) The Taliban in Afghanistan shocked the world this week (Aug. 27) when they beheaded 17 people, allegedly for the crime of dancing at a mixed-gender gathering.

Which prompts the question: Does Islam forbid dancing? While Islamic scholars are divided on the answer, it’s easy to find Muslims in America and abroad who love to boogie down. 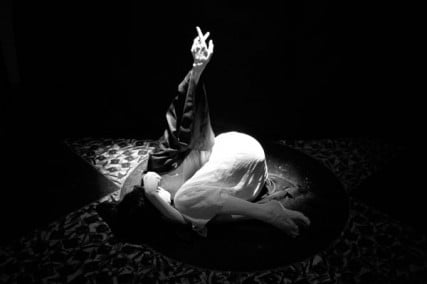 Khadija Anderson, a Muslim convert in Los Angeles, performs a Butoh dance in 2008.

“Even though there are scholars who forbid dancing, there is a long tradition of dancing in Muslim cultures,” said Vernon Schubel, a Muslim and professor of religious studies at Kenyon College in Ohio.

The story, which can be found in the hadith collection of Imam Ahmad ibn Hanbal, a 9th-century Islamic scholar, said that one day Prophet Muhammad and his wife Aisha saw a group of Abyssinian Christians performing a modest dance inside a mosque, and watched without objection.

A majority of scholars who cite that hadith say it permits dancing under certain conditions: no alcohol, no gender mixing, no effeminate moves, and don't do it excessively. 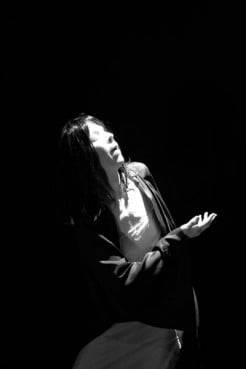 Khadija Anderson, a Muslim convert in Los Angeles, performs a Butoh dance in 2008.

“As long as these four conditions are met, then dancing is permissible,” said Imam Omar Shahin, secretary of the North American Imams Federation and an Islamic law lecturer at the Graduate Theological Foundation in Indiana.

Yet even within the imams' umbrella group, opinions are split. Imam Ashrafuz Zaman Khan, the group's president and also head of the New York chapter of the Islamic Circle of North America, said dancing is prohibited because Muhammad never danced, and therefore Muslims should never dance.

Other scholars said dancing is forbidden only if it leads to indecent touching or movements.

“It’s not dancing that’s unacceptable, it’s the way of dancing,” said Imam Talal Eid, the Islamic chaplain at Brandeis University near Boston and a former member of the U.S. Commission on International Religious Freedom. 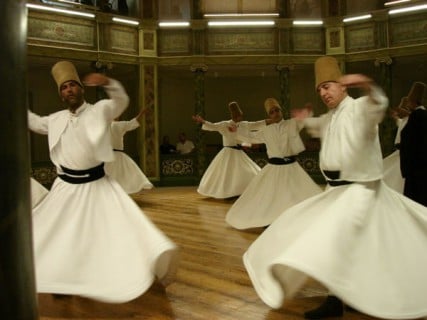 Within the Sufi order of Islam (representing about 5 percent of Muslims), some schools believe dancing is an integral expression of devotion and a way to connect with God. The most famous group of dancing Sufis are the Whirling Dervishes of Turkey.

Dance has long been integral to many Muslim societies, including the Filipino Muslim dances of Singkil and Pangalay; belly dancing in the Middle East; and the long dance parties that precede Muslim weddings in South Asia.

Aasif Qureshy, a computer engineer in San Jose, Calif., grew up in northern India and recalled going to many weddings as a youth and seeing men and women boogieing to modern Bollywood pop music.

“Nobody felt it was wrong. We were aware that there were mullahs who objected, but nobody listened to them or took them seriously,” said Qureshy.

Muslim immigrants brought these dance traditions to America, where their children have kept them alive while also getting into American dance. Dr. Sofia Shakir, a pediatrician in suburban Chicago and observant Muslim, has enrolled her children in ballet, hip-hop and dance classes.

“Humans have a need to move,” said Shakir. “Dance fulfills this desire for self-expression.”

Khadija Anderson, a dancer for 35 years, learned about Islam through a Senegalese dance class she took in Seattle, and converted to Islam in 1993. Believing it violated her new faith, Anderson gave up performing for 10 years but continued taking classes.

She gradually became less conservative and in 2003 took up Butoh, a Japanese dance form that she said conformed to her Islamic values because it is not about attractive body movements but activism. On Aug. 9, for example, she performed a Butoh dance to commemorate the 67th anniversary of the atomic bomb attack on Nagasaki.

“For Muslims, intention is everything,” Anderson, who now lives in Los Angeles, said. “I use the art of dance for social protest. I’m not out there to show off my body and say look at me.”