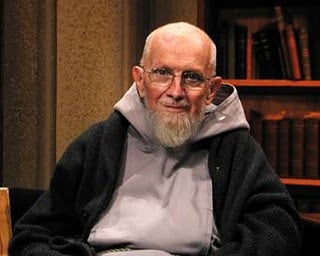 The Rev. Benedict Groeschel, a Franciscan friar from New York who appears often on EWTN, a conservative Catholic TV channel, said that priests who abuse children should not go to jail “on their first offense.” He also expressed sympathy for Jerry Sandusky, the ex-football coach at Penn State University who was found guilty of 45 counts of child sexual abuse.

Groeschel’s comments come as the Roman Catholic Church in the United States is hoping to turn the corner on a decadeslong scandal that has cost billions in settlements and damaged its moral standing.

Part of your work here at Trinity has been working with priests involved in abuse, no?

A little bit, yes; but you know, in those cases, they have to leave. And some of them profoundly — profoundly — penitential, horrified. People have this picture in their minds of a person planning to — a psychopath. But that’s not the case. Suppose you have a man having a nervous breakdown, and a youngster comes after him. A lot of the cases, the youngster — 14, 16, 18 — is the seducer.

Why would that be?

Well, it’s not so hard to see — a kid looking for a father and didn’t have his own — and they won’t be planning to get into heavy-duty sex, but almost romantic, embracing, kissing, perhaps sleeping but not having intercourse or anything like that.
It’s an understandable thing, and you know where you find it, among other clergy or important people; you look at teachers, attorneys, judges, social workers. Generally, if they get involved, it’s heterosexually, and if it’s a priest, he leaves and gets married — that’s the usual thing — and gets a dispensation. A lot of priests leave quickly, get civilly married and then apply for the dispensation, which takes about three years.
But there are the relatively rare cases where a priest is involved in a homosexual way with a minor. I think the statistic I read recently in a secular psychology review was about 2%. Would that be true of other clergy? Would it be true of doctors, lawyers, coaches?
Here’s this poor guy — [Penn State football coach Jerry] Sandusky — it went on for years. Interesting: Why didn’t anyone say anything? Apparently, a number of kids knew about it and didn’t break the ice. Well, you know, until recent years, people did not register in their minds that it was a crime. It was a moral failure, scandalous; but they didn’t think of it in terms of legal things.
If you go back 10 or 15 years ago with different sexual difficulties — except for rape or violence — it was very rarely brought as a civil crime. Nobody thought of it that way. Sometimes statutory rape would be — but only if the girl pushed her case. Parents wouldn’t touch it. People backed off, for years, on sexual cases. I’m not sure why.
I think perhaps part of the reason would be an embarrassment, that it brings the case out into the open, and the girl’s name is there, or people will figure out what’s there, or the youngster involved — you know, it’s not put in the paper, but everybody knows; they’re talking about it.
At this point, (when) any priest, any clergyman, any social worker, any teacher, any responsible person in society would become involved in a single sexual act — not necessarily intercourse — they’re done.
And I’m inclined to think, on their first offense, they should not go to jail because their intention was not committing a crime.

What has the Church learned in terms of preventing this?

We’ve been screening seminarians for decades. That’s nothing new. I’ve been doing it for 40 years, for our old community — the Capuchins — for the diocese, for our small religious community. … It takes a lot of time — four or five hours — to do a psychological screening, and I don’t have a lot of time. There were times in the past when I’d do 30 of them. I’d do it for our community and our sisters.
Also, it’s very expensive. Now, I never got a nickel, but it costs between $800 and $1,200 for a psychological battery. I used to teach psychological evaluations.
You know, we’ve reduced considerably the number of seminarians, and the Church is going to be in plenty of trouble as time goes on — one pastor for two or three parishes. So permanent deacons, laypeople, deaconesses — if you don’t want to call them that — you’re going to need a lot of people helping to keep the parish going. And that may not be a bad thing at all. Years ago, in the New York Archdiocese, you were an assistant for about 25 or 30 years before you became a pastor. We’re making men pastors with five years’ experience.
It was too long before, and it’s too short at present.