(RNS) Joe Scarborough said what a lot of Americans are thinking as they watch anti-American protests and embassy attacks in many places across the Muslim world.

Now Joe would be the first to admit that “they hate us because they hate us” is … somewhat lacking in analytical depth. But it’s even worse than that. It is a foolish step down an oil-slick slope into a deep, old rut that runs in a vicious, dangerous circle.

Here’s how the cycle works.

Level 3: B retaliates with a more egregious offense against A. A is still more outraged. A doubles down on revenge.

The average Joe frequently fails to realize three simple facts about this tragic cycle of offense, outrage, and revenge:

1. If you come in at Level 5 or 50 or 501, you can easily fail to see that their most recent outrage had a backstory in which your country, your religion, or your economic system committed outrages of its own.

2. If you refuse to see that backstory or if you discount it as insignificant, you can easily disregard “them” as haters, insane, inferior … maybe even subhuman. And you can easily render yourself a completely innocent victim.

3. If you do that, you’re setting yourself up for even more egregious outrages in the future.

In my new book, “Why Did Jesus, Moses, the Buddha, and Mohammed Cross the Road?,” I explore the religious roots of hostility and violence. I reference a brilliant TED talk by Chimamanda Adichie, where she quotes Palestinian poet Mourid Barghouti: If you want to dispossess a people, she explained, all you need to do is tell their story, but start with “secondly.”

In other words, do what Joe did: ignore the backstory behind the latest outrageous behavior of “them.”

If we have the courage and wisdom to learn the backstory — ours and theirs — we can begin to transcend the vicious cycles in which we are now stuck, spinning. 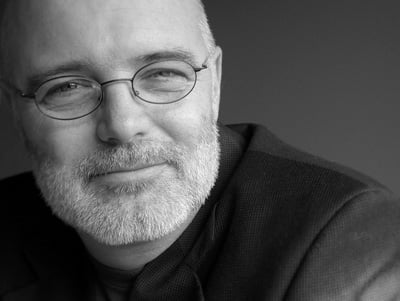 Brian McLaren is the author of “A New Kind of Christianity.”

(Brian D. McLaren is the author of “Why Did Jesus, Moses, the Buddha, and Mohammed Cross the Road? Christian Identity in a Multi-Faith World.”  Visit him online at www.brianmclaren.net/)