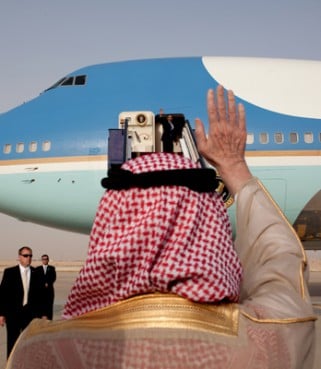 President Obama waves goodbye from the steps of Air Force One as he departs King Khalid International Airport in Riyadh, Saudi Arabia on his way to Cairo, Egypt, June 4, 2009, where he called for a "new beginning" with the Muslim world. For use with RNS-MUSLIM-OUTREACH, transmitted April 12, 2010.