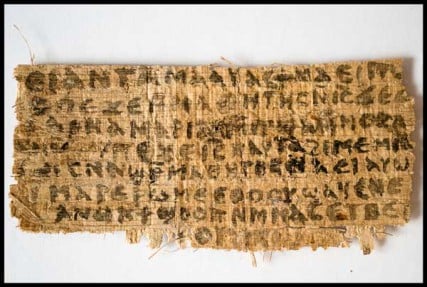 The announcement of the discovery on Sept. 18 made headlines worldwide but was met with skepticism by scholars who questioned the authenticity of the fragment.

In the Vatican daily, a detailed and critical analysis of King's research by leading Coptic scholar Alberto Camplani is accompanied by a punchy column by the newspaper’s editor, Giovanni Maria Vian, who is a historian of early Christianity.

Vian writes that there are “considerable reasons” to think that the fragment is nothing more than a “clumsy fake.” Moreover, according to Vian, King's interpretation of its content is “wholly implausible” and bends the facts to suit “a contemporary ideology which has nothing to do with ancient Christian history, or with the figure of Jesus”.

Camplani's analysis is more nuanced but reaches the same conclusions.

The Coptic scholar takes issue with King's claim that the fourth century papyrus fragment bears passages of an older, Greek text dating back to the second century. This text, in King's analysis, would be proof that the “conjugal condition of Jesus” was debated by Christians a century after Jesus' death.

But this mistakes the “spiritual intimacy” between Christ and his disciples – a common idea in the Gnostic circles where the text could have originated – for an “affirmation of Jesus' married status.”

Camplani also notes widespread doubts over the authenticity of the papyrus. The fragment's origin is unknown, and it was “not discovered in the process of excavation but came from an antiquarian market.” This calls for extra “precautions” in order to “ascertain its authenticity” and exclude the possibility of a “forgery.”

Moreover, he notes, the Coptic script it employs differs dramatically from other contemporary texts.

Despite his criticism, Camplani praises King's academic paper on the fragment, which she submitted to the Harvard Theological Review, as scientific and objective.

Harvard Divinity School spokesman Jonathan Beasley said HTR is planning to publish King's paper in its January edition “if testing of the ink and other aspects of the fragment are completed in time.”

Beasley added that HTR will include King's responses to the “vigorous and appropriate academic debate engendered by discovery of the fragment, as well as her report on the ink analysis, and further examination of the fragment.” News
At virtual Family Chapel, the ‘spiritual but not religious’ find community during pandemic 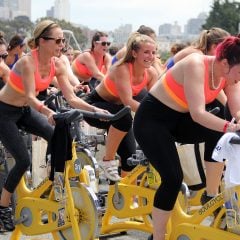 Opinion
Why we should stop using the term religious ‘nones’