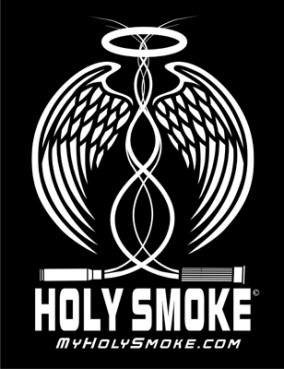 (RNS1-OCT06) Alabama-based Holy Smoke LLC will place a loved one’s cremated remains in shotgun shells or rifle cartridges for about $850, a process that the company’s Christian founders insist is not “irreverent.” For use with RNS-HOLY-SMOKE, transmitted Oct. 6, 2011. RNS photo courtesy Holy Smoke LLC.

(RNS) When he dies, Clem Parnell expects his soul to ascend heavenward. He wants his ashes to be loaded into a shotgun shell and blasted at a turkey.

“I will rest in peace knowing that the last thing that turkey will see is me screaming at him at about 900 feet per second,” says Parnell, 59.

Parnell and his business partner, fellow Alabama state game warden Thad Holmes, believe other hunters have similar hankerings. This July, they launched Holy Smoke LLC, which offers to load the cremains of customers into shotgun shells, rifle cartridges and bullets.

For about $850, a customer will receive 250 shotgun shells, 100 rifle cartridges or 250 pistol cartridges packed with the deceased's ashes. Discounts are available for the military, police and firemen.

After most funeral rites, scattered remains become trodden dirt; gravesites go unvisited; and ash-filled urns sit unnoticed, said Holmes, 56. Loading up a loved one for one final duck hunt would be a more fitting send-off, he says, especially for avid outdoorsmen.

“We want to give people an alternative to celebrate a person's life,” said Holmes.

Holy Smoke insists that remains are handled reverently by a team of five ATF-trained loaders. There is no commingling of ashes, and unused cremains are returned. Parnell, a Southern Baptist, says all seven Holy Smoke employees are “good Christians, with good moral values.”

“Just because you're getting shot out of a gun doesn't make it irreverent,” said Holmes.

“This idea of putting grandpa in a rifle shell or scattering his ashes on a baseball field goes against Christianity. We're supposed to show respect for ashes, not throw them to the wind,” said Jones, who has written about cremation in the Journal of the Evangelical Theological Society.

For centuries, Christians shunned cremation as a heathen practice. Burying the dead, church fathers taught, continues the tradition of the Jewish patriarchs and honors bodies made in the image of God. More importantly, Christians believe that bodies and souls will one day be raised to eternal life, just as Jesus was.

“The Christian tradition is unambiguous about burial being the norm,” said Andrew Harvey, a professor of English at Grove City College in Pennsylvania who has written on the cremation trend.

“Jesus' burial is a template for our own. But I don't think many people make that concrete connection anymore,” he said.

Instead, Harvey said, many Christians have adopted a modern form of Gnosticism, believing the soul shakes free from the body after death as a snake sheds its skin.

Church strictures against cremation have loosened in recent decades, and few consider it a mortal sin. But some caution that there are good theological reasons for burying bodies.

“If the end game is that we live in physical bodies on a physical earth no longer affected by sin and worship God forever, then maybe we need to show respect for our bodies when we die,” said Jones.

Funeral industry experts say Holy Smoke is unique, but not unusual. Cremation accounted for 37 percent of all final dispositions in 2009, according to the National Funeral Directors Association, and is expected to cross the 50 percent threshold this decade.

Surfers scatter their ashes over favorite swells. Californians fill fireworks with their remains and shoot them over the San Francisco Bay. Cremains can be inserted in coral reefs, fashioned as diamonds, or launched into space. Rolling Stones guitarist Keith Richards even snorted his father's ashes.

“There has been an ongoing proliferation of innovative forms of memorializing the dead and taking care of the human remains,” said Gary Laderman, an expert on religion and American death rites at Emory University in Atlanta.

“People want to do it themselves and make sure it fits with their personality and commitments,” he said.

In other words, instead of religious services that prepare a soul for the afterlife, funerals are becoming a final act of self-expression, said Matthew Lee Anderson, author of “Earthen Vessels,” a book about Christianity and the body.

At the same time, more Americans find transcendence and meaning outside church walls, scholars say. Holmes said watching the sun rise through the trees while sitting in a hunting stand is about as sacred as life gets.

“You see the birds and animals and you say, look at what God has wrought,” he said. “It's a soul Band-Aid.”

When he dies, Holmes believes his bandaged soul will float away from his body.

“Your spirit is not with your body anymore,” he said. “You've either gone up or down.” What's left, he said, is “nothing more than organic matter and ash.”

But Parnell appears to believe at least part of him will remain with his ashes. After a career in law enforcement, he said, he cherishes the chance to help protect his family – even after his death.

“I would love for this company to take my ashes and make two rounds,” he said. “If someone broke into my home to assault a member of my family, I could rest easier knowing that I helped kill him.”