Without Heard, some of the major spiritual developments of 20th-century America — the introduction of Eastern mysticism, the development of the human potential movement and the spiritual use of psychedelic drugs — might never have happened. And at least one skeptical California newspaperman named Don Lattin might never have sobered up, stopped using, and found a measure of serenity and faith. 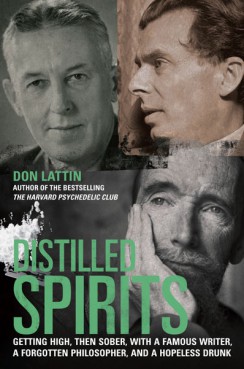 “Distilled Spirits: Getting High, then Sober, with a Famous Writer, a Forgotten Philosopher, and a Hopeless Drunk” is a new book by Don Lattin that traces the influences Gerald Heard and his friends Aldous Huxley and Bill Wilson had on the American religious landscape and, eventually, on Lattin himself.

All bear the fingerprints of Heard, who has been called “the godfather of New Age” — an Englishman born at the end of the Victorian era who migrated to California and died here in relative obscurity.

That’s the gist of “Distilled Spirits: Getting High, then Sober, with a Famous Writer, a Forgotten Philosopher, and a Hopeless Drunk,” a new book by Lattin that traces the influences Heard and his friends Aldous Huxley and Bill Wilson had on the American religious landscape and, eventually, on Lattin himself.

“In a way, this book is part of my recovery,” Lattin, 58, said from a booth in a Thai restaurant, a short jaunt from the University of California, Berkeley, where Lattin delved into Huxley’s writings as an undergraduate. “One of the things you do in recovery is you make amends, you tell your story, and that is one of the things I am trying to do in this,” he said. “It is the redemptive power of storytelling.”

And “Distilled Spirits” is quite a story. Part group biography, part memoir, Lattin details the somewhat unlikely friendship between Huxley, whose books “Brave New World” and “The Doors of Perception” are still widely read, and Heard, whose more than three dozen books are unknown outside philosophy circles. Heard's Trabuco College, an alternative spiritual retreat, lasted only a few short years in the 1940s. 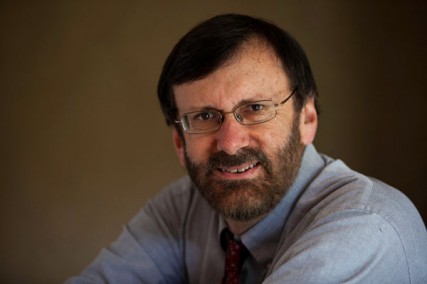 “Distilled Spirits: Getting High, then Sober, with a Famous Writer, a Forgotten Philosopher, and a Hopeless Drunk” is a new book by Don Lattin that traces the influences Gerald Heard and his friends Aldous Huxley and Bill Wilson had on the American religious landscape and, eventually, on Lattin himself.

Bill Wilson met both men after he co-founded Alcoholics Anonymous, joining them in their belief in the spiritual power of psychedelic drugs. Wilson hoped LSD would help recovering alcoholics tap into the “higher power” that AA holds as necessary for recovery.

All three men emphasized spiritual experience over religious institutions and dogma, and the spiritual progress of the individual over religious adherence to a group. As Lattin writes in the book, “Huxley saw the social problem. Heard charted the spiritual course. Wilson recruited passengers for the journey.”

“I think the legacy of Gerald Heard and Aldous Huxley and Bill Wilson is the new emphasis people place on their own spiritual experience rather than on doctrine and dogma and denominationalism that anyone who’s covered religion knows is where the culture is going,” Lattin said, his beard only a little more gray now than in the pictures he includes of himself in the book. “They are not the only reasons for that, but they are three very important reasons for that.”

Lattin has made a specialty of the 1960s — three of his four previous books deal with its esoteric religion and spirituality. The most successful, “The Harvard Psychedelic Club,” is another group biography of Timothy Leary, Ram Dass, Andrew Weil and religion scholar Huston Smith. But in those books, Lattin confined his overlapping experiences to an afterword.

Not so in “Distilled Spirits.” Early readers of the manuscript insisted the real story was how the lives of these three men managed to have lasting effects on the spiritual lives of millions, including Lattin himself.

So along with the stories of Heard, Huxley and Wilson, the reader learns that Lattin, a longtime San Francisco religion reporter, was often binging when he should have been writing. His second book, “Following Our Bliss,” was written almost entirely under the influence of vodka and cocaine.

Eventually, he had enough. He checked himself into rehab — which didn’t work the first time through — and left the newspaper business in 2004. Along the way, he joined AA  and cobbled together three or four other things — none of them explicitly denominational, but all with an emphasis on spiritual experience — that he calls “his spiritual practice.”

Part of Lattin’s practice includes a regular Saturday morning meeting with a group of men — some in recovery, some not — who meditate and read scripture.

“I may be the only one of us who realizes it,” he writes in the book, “but our little group would never have come together without the work of Huxley, Wilson and Heard. In our approach to God, we, like these three men, draw wisdom from several faiths, seek spiritual experience over religious doctrine, and focus on personal growth. We — like so many other seekers in our generation — see ourselves as ‘spiritual but not religious.’”

Embedding his memoir in the biography was freeing — he finished the manuscript six months ahead of schedule.