BOSTON (RNS) The one thing that Afrah Farah will tell you about her genital cutting experience is that it happened. She doesn’t want to say how old she was, where it happened, or who was or wasn't with her. Because of its severity and prevalence, female genital mutilation is arguably one of the most important human rights issues in the world. **Due to copyright laws, this image is unavailable to download.

Yet, despite the painful memories that the experience evokes and her concerns about people's reactions, Farah, said she knows she has to speak out.

“It’s basically a traumatizing experience. It’s traumatizing for every young girl that goes through that. It’s something that sticks in your memory, and physically,” said Farah, a Somali immigrant who came to the Boston area by way of Kuwait and Germany in 2007, and now works as a drug developer in a Massachusetts laboratory.

“There are millions of people who are affiliated with this procedure — parents, grandparents, people in the community — and to label them all as bad people or barbaric, that’s wrong. You will push them away. To solve a problem like this, you need to approach people with respect.”

Because of its severity and prevalence, female genital mutilation (FGM, or “cutting”) is arguably one of the most important human rights issues in the world. It’s also become increasingly important in the U.S. as the number of immigrants from countries where it is practiced grows.

The African Women’s Health Program at Brigham and Women’s Hospital in Boston estimated in 2000 that almost 228,000 females in the U.S. had either undergone or could undergo the procedure, although some anti-FGM activists dispute that figure.

But the practice remains poorly understood, both by supporters who assert it is an Islamic mandate, and by opponents who, according to some activists, do more to sustain the practice than end it.

“A lot of people who are not from the community use language that is severe and intolerant and end up silencing the very community we want to reach,” said Zeinab Eyega, executive director of Sauti Yetu, a Bronx, N.Y.-based group that provides counseling and medical services for African immigrant women.

According to the World Health Organization, FGM includes “all procedures that involve partial or total removal of the external female genitalia, or other injury to the female genital organs for non-medical reasons.” The WHO estimates that nearly 140 million women in the world have undergone the procedure, while another 2 million women undergo the procedure annually — about 6,000 per day.

FGM is performed by Muslims, Christians, and animists in 28 countries in Africa, a few in the Middle East, as well as some immigrant communities in North America, Europe and Australia. According to the WHO, nearly half of FGM cases occur in Egypt and Ethiopia.

Female circumcision is not mentioned in any of the holy books of the three Abrahamic faiths. But one disputed hadith, or story about Islam's Prophet Muhammad, seems to condone, or at least not object to, a cutting of the clitoris. That hadith is cited by Hatem al-Haj of the Assembly of Muslim Jurists in America, a conservative organization, in a 2010 opinion that condoned a type of FGM that involves the cutting or nicking of the clitoral hood.

At the same time, he also advised Muslims in the West against the procedure.

“For Muslims who live in the West, since it is not mandatory and it is at the same time illegal in the West, and would bring about harm to the people who practice it, I wouldn’t advise having it done,” al-Haj wrote.

Many Muslim scholars, however, say the authenticity of this hadith is suspect, and say it should be rejected. A growing number of Islamic scholars have condemned the practice. In Egypt, where both Muslim and Coptic Christian communities perform FGM, the country’s highest Muslim leaders issued fatwas against the practice in 2007 and 2010.

According to a 2011 United Nations report, 61 Islamic scholars from 10 African countries also issued a fatwa against FGM. The same report said more than 4,100 religious leaders have taught followers that FGM is not sanctioned by Islam, while nearly 1,000 religious edicts called on Muslims to abandon the practice.

“The role of religious leaders is extremely important,” said Eyega, who was born in southern Sudan. “It’s important to get them involved.”

Imam Mohamed Magid, the president of the Islamic Society of North America, agreed.

“Having the imam on board to address this issue is very crucial,” Magid told a State Department audience last February to mark an International Day of Zero Tolerance for the practice. “We would like to have an imam coalition, Imams Against FGC, and it will be a movement across the Muslim world to have the imams say we will not accept this practice.”

The first step in stopping FGM is understanding why it’s done in the first place, which can vary from society to society. For example, the idea of enforcing the cultural value of female sexual purity by removing the clitoris has been interpreted by some Muslims as consistent with Islamic law. If women suffer health consequences as a result, those are often attributed to God’s will.

Activists also worry that some girls in America have the procedure done here or are sent back home, usually over summer vacations so they have time to heal. To stop this, activists are organizing behind the Girls Protection Act, which would make it illegal to send girls abroad for genital cutting. Penalties would include a five-year prison term and fine.

Congress outlawed genital cutting in the United States in 1995; versions of the Girls Protection Act have been introduced in the House and Senate judiciary committees since last year, but neither committee has taken up the bill.

At least as important, many activists say, is helping females who have already had the procedure done cope with medical and social consequences.

“How can we support an 18-year-old girl whose friends are going to be talking about dating? How do you work with a woman who needs medical attention, but is afraid to visit a doctor because she is afraid of how he will react?” asked Eyega.

Farah became interested in speaking out against FGM after moving to Germany as a girl.

“I became aware that this was unique just to a few cultures,” said Farah. “You ask yourself, ‘Why did it have to happen to me?’ That’s one of the reactions. I could never find a reason good enough. It’s a tradition, yes. But it’s a tradition we can live without.”

(This story was made possible by a fellowship from the French-American Foundation—United States as part of the Immigration Journalism Fellowship.) 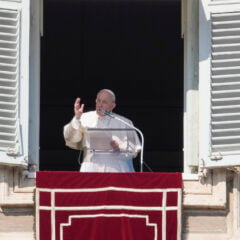