But as Pope Benedict XVI on Wednesday (Oct. 31) celebrated the 500th anniversary of the Renaissance masterpiece, the Vatican said the growing number of tourists who visit the historic site every year might eventually lead to limiting access to the chapel to help preserve the frescoes from human-born problems and pollutants. 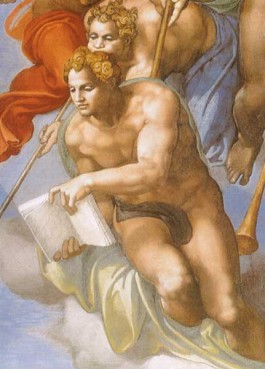 “We could limit access, introducing a maximum number of entries,” wrote Antonio Paolucci, the director of the Vatican Museums, in L'Osservatore Romano, the Vatican's semi-official newspaper. “We will do this, if the pressure from tourism were to increase beyond a reasonable level and if we were to fail in resolving the problem efficiently.”

Paolucci stressed, however, that in his opinion such measures will not be necessary “in the short to medium term.”

Some 5 million tourists visit the Sistine Chapel every year, with peaks of around 20,000 visitors per day, making preservation of the centuries-old frescoes an “arduous challenge.”

The “dust, the humidity which bodies bring with them inside, the carbon dioxide produced by perspiration” risk “damaging the painting in the long run,” according to Paolucci.

The chapel, which is dominated on the altar wall by Michelangelo's later masterpiece, the Last Judgment, completed in 1541, is where cardinals congregate in strict secrecy to elect a new pope.

The vault's frescoes were painted by Michelangelo, who worked mostly lying on his back, between 1508-1512. They include the iconic image of God extending his finger to give life to Adam.

“In the encounter between God's finger and man's finger, we see the contact between heaven and earth,” Benedict said at a vesper service on Wednesday to commemorate the chapel's inauguration.

After a 14-year restoration project in 1994, the chapel was fitted with a ventilation system to purify and dehumidify the air.

But Paolucci announced that the Vatican has commissioned Carrier, a subsidiary of Connecticut-based United Technologies Corporation, to design a new, “radically innovative” air-conditioning and climate control system for the Sistine Chapel to help deal with the increasing numbers of visitors. “The new equipment should be operative in a year,” he said.

The debate over limiting access to the Sistine Chapel was sparked in September after Piero Citati, one of Italy's leading intellectuals, published a polemical article in a leading Italian daily.

Describing a visit to the chapel in the Corriere della Sera newspaper, Citati claimed that visitors thronged the sacred space “like drunken herds,” while the vapor from their breath and the noise from their voice made “any form of contemplation impossible.”

“In the universal confusion, no one saw anything,” he said.

Responding to Citati in L'Osservatore Romano on Sept. 28, Paolucci wrote that “the days when only Russian grand dukes and English lords … could gain access to the great masterpieces are definitely over.” In the era of large-scale tourism, he added, “limiting numbers is unthinkable.”