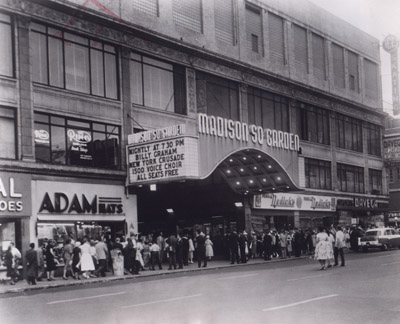 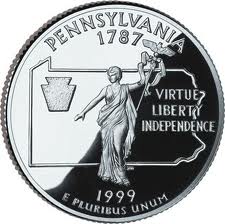 Four years ago, Barack Obama beat out John McCain by one point among Protestants in Pennsylvania, 50-49, and lost the Catholic vote by four points, 52-48. This year, the two groups have switched sides.

According to the latest Franklin and Marshall poll, Protestants in the Keystone State are backing Mitt Romney over Obama by a whopping 18 points, 55-37, while Catholics are backing the president by a hefty 11 points, 52-41. Those are swings of 19 and 15 points respectively. What gives?

In the case of the Catholics, I'd say they have come around to seeing Obama as the kind of Casey-Biden Democrat who's concerned with the interests of ordinary folks and committed to helping the poor. Note to Archbishop Chaput: they don't give a fig about that Obamaite war on religion you've been promoting.

As for the Protestants, it's a trickier story. Pennsylvania doesn't have a lot of evangelicals, but in the western part of the state, mainliners are good deal more conservative than the norm: Their support for Obama may well be down. What's striking about the comparison between the 2008 exit poll data and the 2012 F&M survey, however, is that the proportion of Protestants differs by a full nine points--48 percent and 39 percent respectively.

While the differential may just be an artifact of survey criteria, it's possible that a significant number of voters who identified as Protestants in 2008 have drifted into the camp of the Nones, or joined other religions. Those two groups constituted 16 percent of the Pennsylvania electorate in 2008, but show up as 26 percent in the F&M survey. In that case, it would not be so much that Obama has lost Protestants as that Protestants have lost Obama voters.