(RNS) The mindfulness movement has seeped into Silicon Valley, Capitol Hill, and even the United States Military Academy at West Point. Next stop: the voting booth.

A new California-based group wants the estimated 5 million Americans who practice mindfulness to move off their meditation cushions and into the polls on Tuesday (Nov. 6).

If meditation can calm hyperactive kids, ease the pain of drug addicts and tame the egos of Fortune 500 CEOs, it can surely help a stressed-out and polarized country choose a president, says the Rev. Angel Kyodo Williams.

An artist and veteran activist from Berkeley, Williams is the force behind MindfulVOTES, a nonpartisan campaign that she believes is the first attempt to mobilize mindfulness meditators.

“Mindfulness practices are maturing in our country and entering the mainstream, but if it’s not applied in our lives, it doesn’t matter,” said Williams. “It’s time for our community to go beyond its own navels.”

Broadly defined, mindfulness is a meditative practice designed to encourage a clear and nonjudgmental awareness of the present moment, often by observing one’s breath. In Buddhism, mindfulness is one of the seven factors of enlightenment and a step on the Noble Eightfold Path.

But organizing meditators — especially its leading Buddhist teachers — has proven more difficult than expected, Williams said. “You know the phrase ‘like herding cats’? This is like herding lions and tigers,” she said with a laugh.

Hoping to leverage attention during an election year, the group raised funds to attend the Democratic and GOP conventions this summer. It followed the leads of the liberal group MoveOn.org and the League of Women Voters by encouraging activists to host “mindful circles” and circulate an online voting pledge. MindfulVOTES also solicited the services of 250 “mindful” leaders and tapped 20 A-list ambassadors, including Rep. Tim Ryan, an Ohio congressman who practices mindfulness meditation. 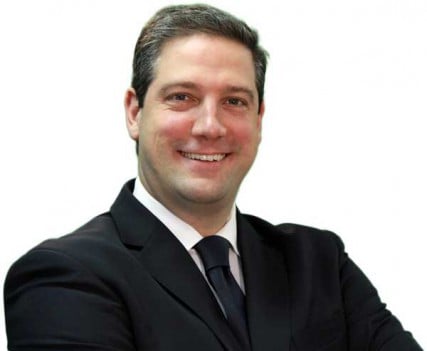 Rep. Tim Ryan (Ohio) is on a mission to bring mindfulness to the masses.

“We will demonstrate that the Mindful community is a block of conscious voters, engaging in politics in a new and impactful way,” the group says.

Williams, who defines herself as “post-Zen” and practices at the newDharma Community in Berkeley, said MindfulVOTES hopes to attract diverse strands of Buddhist, Hindu, Jewish, Christian and nontheistic meditators. According to researchers, more than 1 million Americans take up meditation each year.

But Williams said that only a small number of mindful circles have organized thus far, and the pledge-to-vote campaign faltered. “We’re learning as we go along,” she said. “This is a huge exercise in getting our feet wet.” 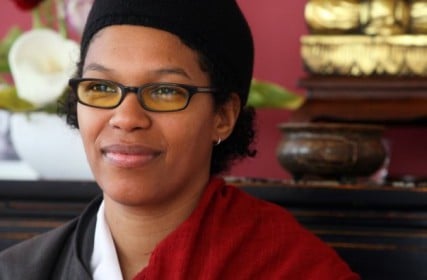 There is no central Buddhist hierarchy or organization in the U.S. Instead, dozens of groups dot the landscape, from Japanese-American devotees of Amida Buddha to Tibetan refugees to Zen converts. Many Buddhist clergy are part time and spend their few free hours building their own institutions, Williams said.

“Mindfulness, wisdom and ethical action are like three legs of a stool,” said Fisher, a professor and coordinator of the Buddhist chaplaincy department at University of the West in Rosemead, Calif. “Buddhists in North America tend to focus on the first leg. Thinking about ethical issues, our role in the larger world, and the direction of the country is often less pronounced.”

In some Asian countries, Buddhist groups have developed deep ties to political parties. Soka Gakkai International, for instance, founded its own party in Japan the 1960s and maintains strong connections to the New Komeito Party. SGI-USA spokesman William Aiken said he doubts that such alliances would develop in the United States.

“In the American Soka Gakkai Buddhist community, we feel that to identify with one partisan political philosophy over another would limit our mission to support the Buddhist practice of a very diverse membership,” he said.

Still, there are scores of politically engaged Buddhists in the United States – even if they don’t publicly identify their religion, said Aiken and other Buddhist leaders.

And while they remain small, there are a number of Buddhist political groups in the U.S. The Berkeley-based Buddhist Peace Fellowship, for example, was founded in 1978 by the late Robert Aitken Roshi, an American Zen leader. 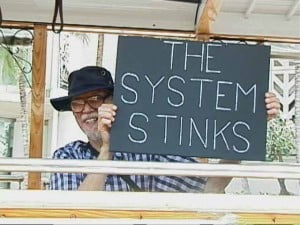 In January, the Berkeley-based group will embark on a new campaign to encourage young Buddhists to connect their meditation practice and religious studies with “active nonviolence,” said Katie Loncke, BPF’s director of media and action. Just as important, it will connect politically active Buddhists with each other. “Many of us are out there looking,” she said,”and not knowing how to find each other.”

Loncke said she is encouraged by the MindfulVOTES campaign, but also thinks Buddhists should address the root causes of suffering and societal injustice.

“Buddhism tends to get fuzzed into this kind of magical thinking — that if you’re mindful and you vote, then everything will get better,” Loncke said. “But that shortcuts political education.”

For Williams, the goal of MindfulVOTES this year is more immediate.

“We want people to take a breath,” she said, “and realize that there is such as thing as Nov. 7.”