RALEIGH, N.C. (RNS) The Rev. Steve Halsted lit a candle, led a breathing meditation on the four elements (earth, fire, water and air), and passed around a conch shell, inviting participants to listen for a message inside.

One woman said the sound of a rushing ocean encouraged her to “keep going on.”

Another lowered the shell from her ear and said she’d heard: “We’re not there yet.” 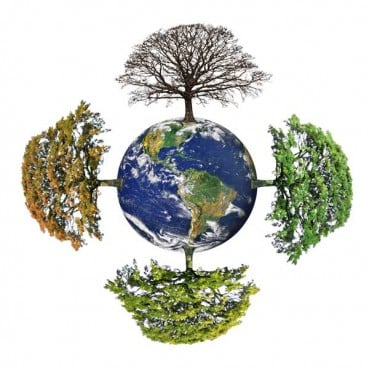 While many religious congregations have sought ways to reduce energy consumption, few have paid attention to the spiritual dimensions of this work. Several North Carolina churches are finding a remedy through a service they call the Earth Sabbath.

The eight men and women sitting in a semi-circle at Raleigh’s Community United Church of Christ fellowship hall paused for a 90-minute “Earth Sabbath” on a recent Tuesday.

The service was conceived by Halsted, who leads this congregation with a long history of fighting for the rights of African-Americans, women and gays. Lately, many of his members had become environmental activists, so he crafted a celebration that would allow them to pause and renew their spiritual connections to the earth.

Now the Earth Sabbath format has found a sponsor with the North Carolina chapter of Interfaith Power and Light, an organization that works with faith communities across the state to address the causes and consequences of climate change.

Earth Sabbath celebrations are now held in a handful of North Carolina cities, including Chapel Hill, Durham and Asheville. Their purpose is to “salve and energize” the spiritual lives of environmental activists and others who grieve for the damage to the earth and its resources.

“I need it for the grounding, or I’d be crying all the time,” said Karen Bearden of Raleigh, a volunteer with 350.org, the climate change campaign founded by environmentalist Bill McKibben.

The destruction left in the wake of Hurricane Sandy might awaken more religious congregations to the realities and dangers of climate change. But while many are already swapping incandescent light bulbs for compact fluorescents, eliminating foam and plastic coffee cups, planting gardens and installing solar panels, few have paid attention to the spiritual dimensions of this work.

“More and more religious congregations are asking, “Why are we doing this? Is it just to save money?” said John Grim, co-director of the Forum on Religion and Ecology at Yale University. “Suddenly, it opens up a deeper contemplative and spiritual vision about our relationships with the planet.”

Earth Sabbaths are not entirely new; the United Nations started an “Environmental Sabbath Service” in 1990, with a declaration that read: “We need to rest and allow the earth to rest.”

The North Carolina version shares many common elements. It includes prayers, chants and devotional readings. But there are few, if any, Bible readings. And Jesus is rarely mentioned. Partly, that’s because the ceremony is intentionally interfaith. Partly, it’s because the language of environmental activism eschews the emphasis on individual salvation in favor of an ethic of interdependence and oneness.

For example, celebrations may feature Buddhist meditation, Tai Chi exercises, or prayers to the four elements or directions, an element of Native American spirituality.

And though these rituals often take place in church fellowship halls or classrooms, special attention is paid to the surroundings. At a recent Earth Sabbath celebration in Chapel Hill, participants sat on a shiny, concrete floor and prayed in a room illuminated only by the slowly ebbing late afternoon light.

Halstead said he developed a template for the Earth Sabbath when he realized revival is impossible unless people recognize the sacred in nature.

“We’ve lost touch with the sacredness of the Earth,” said Halsted. “We take too much for granted. We need to reconnect. It’s only when we reconnect that we appreciate it more deeply.”

Linda Rodriguez, an environmental activist at a Baptist church and an Earth Sabbath enthusiast, said she’s learning to cultivate gratitude.

“Our earth, our water, our air — if we didn’t have any of those we wouldn’t survive,” she said. “If we would understand it’s a gift we’re given every single day, we might realize how precious it all is.”

These activists acknowledge religious congregations don’t always march at the forefront of social movements. Bound by tradition, faith communities are often the Johnny-come-latelies of change. Many still cling to a biblical vision from Genesis that calls human beings to “fill the earth and subdue it.”

But that shouldn’t prevent more progressive congregations from embracing a cause and spurring others to action, said Dianne Small, a Baha’i participant at the recent Earth Sabbath in Raleigh.

“It’s vitally important that faith communities embrace the science and not live in a fantasy that we can use and abuse the Earth without serious consequences for our children and children’s children,” said Small, who lives in suburban Cary. “There’s an ethical and moral dimension to this. The more we can protect the environment, the more we can create a peaceful world.” 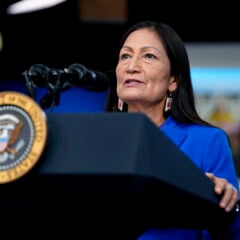