Tuesday's election was historic not because of who was or was not elected president — however important that contest may have been — but because it showed that our nation has crossed a threshold in accepting LGBTQ people as equals. I am thrilled.

Clearly, President Obama is not the only American who has changed his mind. The Huffington Post quotes Bishop Gene Robinson's excitement for the change in the nation's mood:

“This is a real national moment. It shows that America is ready for the mainstreaming of gay and lesbian, bisexual and transgender people.”

I'm not saying that our nation has achieved anything like full equality for LGBTQ people. But I'm encouraged by the fact that the tide seems to have palbably shifted.

The signs are not just political. On Saturday night at my husband's high school reunion in red-state Kentucky, we were both glad to see that no one batted an eyelash about a gay couple appearing there as a couple. Even though his friend Brian had not been out in adolescence, nobody seemed surprised to learn he was gay. Everyone had gotten used to the notion of gay couples and appeared more concerned with the really important questions, like who had gotten fat since high school.

There's no doubt that conservatives will continue to hammer the issue of homosexuality, but it seems their fearmongering is falling on deaf ears as Americans realize that those states that have already adopted same-sex marriage haven't yet fallen into the sea. All of the worries that the presence of same sex marriage in a state would somehow “ruin” or “damage” the sanctity of heterosexual marriage have not come true.

Conservatives will also continue to speak about the “gay agenda,” a terrifying specter of homosexual infiltration into the American mainstream.

And in this case, I agree with their language. There is such a thing as a gay agenda. It is an agenda that aims for all Americans to be judged by their actions and by the content of their character, not by their choice of dates to the high school reunion.

On Tuesday, that agenda became quite a bit more real.

The images of rainbow hands and a family with two moms are both used with permission of Shutterstock.com. 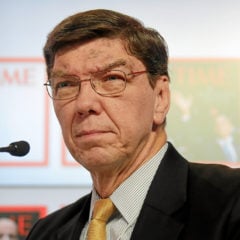 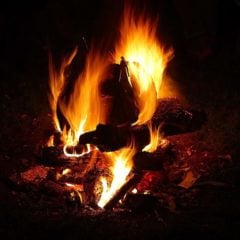