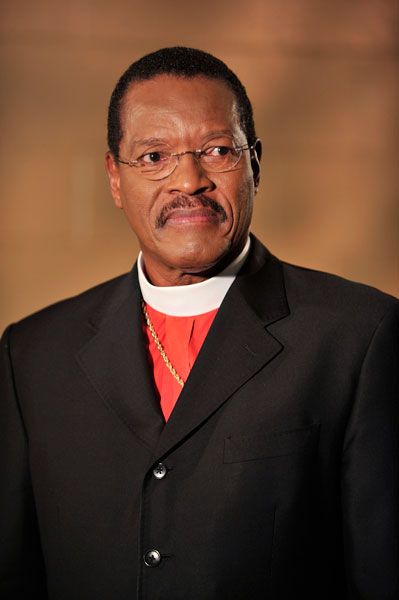 (RNS) The Church of God in Christ has re-elected Presiding Bishop Charles Blake to serve a second four-year term as head of the nation's largest Pentecostal denomination. 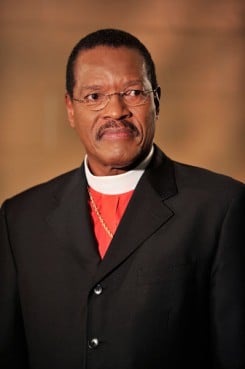 The Church of God in Christ has re-elected Presiding Bishop Charles Blake to serve a second four-year term as head of the nation's largest Pentecostal denomination.

The Memphis, Tenn.-based church claims 6.5 million members and is the fifth-largest Christian denomination in the U.S., according to the 2012 Yearbook of Canadian and American Churches.

“I am humbled and delighted to be chosen to continue to lead one of the greatest churches in the world," Blake said in a statement. "The Church of God in Christ is a beacon of hope and love."

Blake, 72, is the pastor of the 24,000-member West Angeles Church Of God In Christ in Los Angeles and is a third-generation COGIC member. He was first appointed to the post in 2007 after the death of Presiding Bishop Gilbert E. Patterson and was elected to his first full four-year term in 2008.

Blake is a spiritual confidant of President Obama and served on the White House's Advisory Council on Faith-based and Neighborhood Partnerships. While a self-described Democrat, he has taken issue with Obama's party on abortion.