(RNS) There is a moment in Steven Spielberg’s masterful new film “Lincoln” when the 16th president asks the kind of big question usually tackled by religion: Why are we here?

“Do you think we choose the times into which we are born,” Daniel Day-Lewis, as Abraham Lincoln, asks two young workers in the telegraph office. “Or do we fit the times we are born into?” 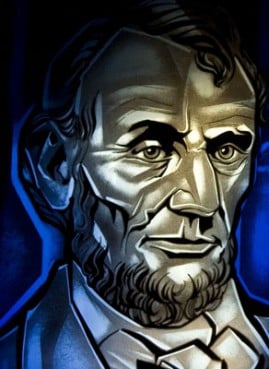 That’s as close as the film comes to probing the faith of Abraham Lincoln. But the nature of Lincoln’s faith — or the lack thereof — has remained one of the most fascinating aspects of the man who freed the slaves, preserved the Union and carried the wounded nation through its bloodiest war.

Beginning almost immediately after his assassination 147 years ago, hundreds of books, articles and essays have appeared, many claiming Lincoln was — if not in fact, then in sentiment — a Christian, Catholic, Jew, Mormon, psychic, spiritualist, agnostic and atheist.

Their titles range from “Lincoln, the Freethinker” to “Lincoln’s Christianity.” Just this month, Christian publisher Thomas Nelson released “Lincoln’s Battle With God: A President’s Struggle With Faith and What It Meant for America” by popular biographer  Stephen Mansfield. The Jewish Journal ran a story asking if Lincoln was “‘Jewish’ in his temperament, values and actions.”

Both religious believers and nonbelievers have set up websites or composed blog posts full of Lincoln quotes they believe support their own versions of Lincoln's God. Sometimes it's the same quote — illustrating, perhaps, that facet of Lincoln that “Freethinkers” author Susan Jacoby calls his unique balance “between belief and unbelief.”

“What makes Lincoln a compelling figure to religious believers and nonbelievers alike,” Jacoby writes, “is that his character was suffused with a rare combination of rationalism and prophetic faith in almost perfect equipoise.” 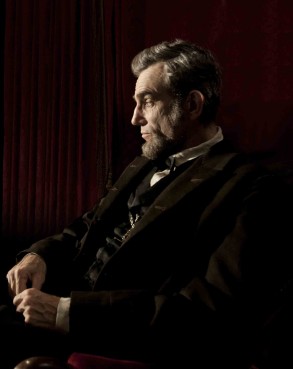 What is the truth about Lincoln’s faith? And what does it say about Americans that we seem to need to pinpoint his beliefs and claim them as our own?

“Lincoln, in many ways, is a cipher to us,” said Jennifer Weber, an associate professor of history at the University of Kansas and a Lincoln scholar. “He was not forthcoming at all about his interior life, his emotions, his experiences as a child. So we don’t know what he felt about a lot of things. There are a lot of holes there.”

So what do we know? We know Lincoln was raised in a fundamentalist Christian home and that he could quote much of the Bible by heart. We also know that in his youth he wrote an anti-religious pamphlet that his friends burned, and that he steadfastly declined to become a member of any church.

We also know that the deaths of two of his sons and the horrors of the Civil War took a huge toll on Lincoln and brought about some kind of spiritual crisis. We know that as president, he wrote and delivered speeches that contain the most elegant references to God and American destiny in our history — and that he did not mention Jesus in those speeches and only rarely in his private life.

While researching Lincoln’s writings through the 1850s for her book “Copperheads: The Rise and Fall of Lincoln’s Opponents in the North,” Weber said she did not find a single reference to God or Jesus.

But by the 1860s, something may have changed within the president.

“There are a couple of arguments about what happens to Lincoln when he is president,” she said. “One is that he employs religious language because it is a language that Americans understand and is reassuring to them. The other is that Lincoln himself undergoes a metamorphosis in terms of his own belief while he is president and is facing the enormous crisis of the Civil War and the loss of his second son — his favorite son — to die in childhood.”

“He may well have come to have a belief in a hard, a vengeful God, given the circumstances he was working under.”

That is the general thrust of Mansfield’s new book, though he concludes the president became a God-fearing Christian. “Though he never joined a church and seldom spoke of Jesus Christ publicly,” Mansfield writes, “he became our most spiritual chief executive, sometimes more prophet than president.”

In his landmark second inaugural address in 1865, Lincoln professed that the Civil War was God's punishment for the sin of slavery. “Until every drop of blood drawn with the lash shall be paid by another drawn with the sword, as was said 3,000 years ago, so still it must be said, 'The judgments of the Lord are true and righteous altogether,'” he said.

But don’t look for any of that to stop people of different religious persuasions from trying to claim Lincoln as a fellow traveler. Earlier this year, in an interview with an Indian newspaper, the evolutionary biologist and outspoken atheist Richard Dawkins claimed Lincoln — and several other presidents —  was an atheist.

Weber calls this embrace of the 16th president as a fellow religionist “getting right with Lincoln.”

“If you can claim to have Lincoln on your side, you are golden,” she said. “It gives people an extra sense of legitimacy. It’s sort of like having the Good Housekeeping seal of approval.”

“He was a religious man always, I think,” his widow Mary Todd Lincoln reportedly said after his death, “but he was not a technical Christian.”