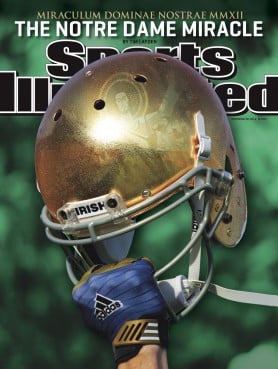 “Pardon me,” said the Turkey. “It’s almost Thanksgiving.” Wish to be granted, though just one of these two birds, Cobbler or Gobbler, will be the full-fledged National Thanksgiving Turkey, and the White House is letting you vote for the winner.

Pardon me, but haven’t we had enough of elections? (Personally, I’m casting a write-in vote for Admiral Ackbar.)

PETA doesn’t like the turkey pardon photo op, not one bit, because it “makes light of the mass slaughter of some 46 million gentle, intelligent birds and portrays the United States president as being in some sort of business partnership with the turkey-killing industry.”

PETA President Ingrid E. Newkirk wants the First Family to have a Tofurky instead. Lost your appetite yet?

Speaking of Puritans, the New England landing spot of the Pilgrims may be in the heart of one of the more secular regions in the country, but they still have blue laws against stores opening on Thanksgiving.

Julia Smucker has five faith-based reasons for not participating in Black Friday.

But Gallup says we’ll still be spending $770 on gifts on average this holiday season, about the same as last year, so all is not lost.

The Mayflower Compact was signed this day in 1621 – though it was recorded as Nov. 11, because they were still using the Julian calendar, and that was because good Englishmen would never use the Gregorian calendar sponsored Pope Gregory, though it was actually accurate.

Speaking of the English…They have a woman as head of state and church but the Church of England can’t get everyone on board with women bishops. There is much gnashing of teeth.

Headscratching in Virginia, as Jeff Sheler reports: “The Roman Catholic Diocese of Richmond has told the nation's only blended Catholic and Episcopal parish it must change its worship services so Catholics and non-Catholics meet in separate rooms for Holy Communion.”

Pope Benedict publishes the third volume in his trilogy on Jesus, and it’s on the infancy narratives – just in time for Christmas. “Dear Santa…” 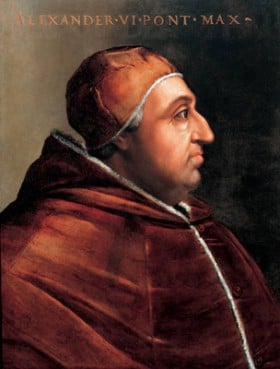 That’s actually Pope Alexander VI in the photo, not Santa Claus. But a new book is trying to make the notorious Renaissance pontiff and his Borgia clan a bit more like saints. Good luck.

Superstitious or super religious? Either way, Notre Dame football is No. 1 for the first time since the Council of Trent, and the team is featured on the cover of Sports Illustrated (above) which for some means it is destined to lose this weekend.

Bonus: First person who correctly translates the Latin on the cover wins a free – yes, free, no blue laws will be violated – subscription to the Daily Religion News Roundup. Just enter your email in the box below.

Heresy of the Day: Jeff Weiss wonders whether God would approve of football, given the violence and the rest.

So Abraham Lincoln can be a vampire killer and no one blinks. But ask whether he believed in God and suddenly you have a debate. Our own Kimberly Winston has the details, which key off the new Spielberg movie.

Everyone is waiting to see if there will be a ceasefire in the Middle East. Let’s hope there’s something more to be thankful for by day’s end.