(RNS) Are American students making the grade when it comes to ethics?

A new survey from the Josephson Institute of Ethics finds that the portion of high school students who admit to cheating, lying or stealing dropped in 2012 for the first time in a decade. 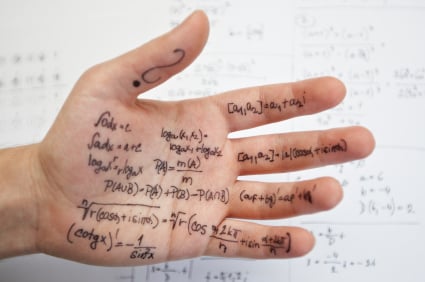 A new survey from the Josephson Institute of Ethics finds that the portion of high school students who admit to cheating, lying or stealing dropped in 2012 for the first time in a decade. *Note: This image is not available to download.

The reasons aren’t totally known, but the results of the poll of 23,000 high school students give leaders of the Los Angeles-based nonprofit organization hope.

The survey is “a pretty good sign that things may be turning around,” said Michael Josephson, the founder and president of the Josephson Institute. “I’m quite optimistic this is the beginning of a downward trend.”

Among the highlights from the survey, which is done every two years:

—  The number of students who said they lied to a teacher in the past year about something significant fell from 61 percent in 2010 to 55 percent in 2012.

One reason for the decline may be more attention to character.

“Changes in children’s behavior of this magnitude suggest a major shift in parenting and school involvement in issues of honesty and character,” Josephson said in a statement.

Brian Jacob, a professor of education policy at the University of Michigan, said providing students with more information is one way to help curb cheating in schools. For instance, Jacob, who has looked at plagiarism in college, said research shows that you can help students understand, through tools such as an online tutorial, what constitutes plagiarism and strategies to avoid it.

Though the Josephson Institute survey suggested overall improvement, it found that boys are more likely than girls to engage in dishonest conduct: 45 percent of boys said they believe “a person has to lie and cheat at least occasionally in order to succeed,” compared with 28 percent of girls.

Boys have a tendency toward aggressiveness and competitiveness, said David Walsh, a developmental psychologist in Minneapolis. There has been research around the most prominent male hormone testosterone, which is associated with competitiveness, but the influence of parents, teachers and peer groups are also important, he added.

“We want our sons to be able to channel that energy in a positive direction,” said Walsh, the author of the books “Smart Parenting, Smarter Kids” and “Why Do They Act That Way?”

“Some boys end up being leaders and being outstanding.”

The 2012 survey’s margin of error is less than 1 percentage point.

Articles of Faith
Biden’s transition team wanted to talk about religious freedom. Here’s what I told them.
News
Normally a refuge on campus, college Muslim groups fight students’ isolation in a pandemic
Coronavirus
Reopening schools for all the wrong reasons
Opinion
We can protect prayer in schools without blessing Christian nationalism
Faith
‘Muslims in my house’: A tribute to a beloved centenarian