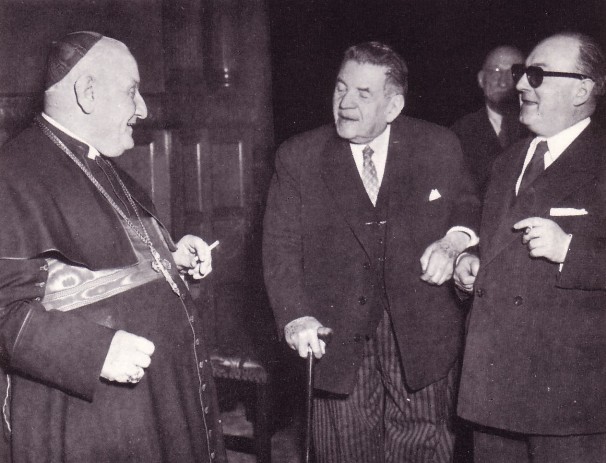 “Two and a Half Hypocrisy”? Today’s leading religious debate focuses on comments by Angus T. Jones, teen star of the hit comedy “Two and a Half Men,” and a passionate Christian who now denounces the show as “filth” and says people should stop watching.

“You cannot be a true God-fearing person and be on a television show like that,” Jones says in a video released by a California church. “I know I can’t. I’m not OK with what I’m learning, what the Bible says, and being on that television show.”

Critics note that Jones will still be making a sweet $340,000 per episode – he says he has no choice, it’s in his contract. Then again, the show dumped Charlie Sheen for violating the morals clause.

“Of course, if they fired him for moral turpitude, it could lead to an interesting lawsuit where an actor who denounced the show as immoral would fight to continue to make the immoral show rather than be declared immoral,” writes Jonathan Turley.

The abortion rate, on the other hand, decreased significantly. Reasons: recession and contraception, it seems.

Catholic priests are being pushed to become better preachers. No comment.

Many public figures flee Washington when they retire. Gay Episcopal bishop Gene Robinson is moving to the Beltway. Problems solved.

In holiday news, the U.S. Capitol gets a Christmas tree…

…but an Arkansas elementary school class was barred from going to see “A Charlie Brown Christmas.”

Speaking of videos, the Egyptian Coptic Christian who made that inciteful anti-Islam video tells the New York Times – from a California jail cell – that he has no regrets.

The Israeli right got a little more right as hardliners swept the Likud primary and are poised to take power after the next election.

Closer to home, Hasidic Jews in the U.S. worry about the effects of possible food stamps cuts because of the high poverty rate in their community.

Here’s a keeper: A drag racing reverend, hitting the speedway now that he’s retired from the pulpit. “There is kind of a rush when you launch this thing off the starting line,” says Dale Schaefer, giving his customized 1980 Plymouth Arrow a loving slap.

Here’s another keeper, via the Courier-Journal: the story of John Mulder, former president of Louisville Presbyterian Theological Seminary, who returned to ministry after rehab.

Interesting read of the day: A history of Catholicism and tobacco, and featuring Pope Benedict XVI – yes, Joseph Ratzinger – as the Marlboro Man.

If that doesn’t get you to sign up for the Daily Religion News Roundup – just put your email in the box below – then I don’t know what will.