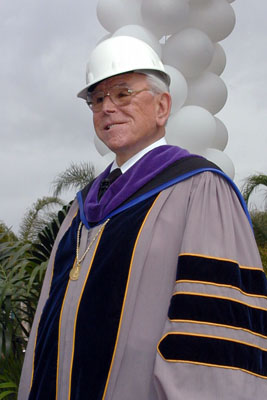 (RNS) Crystal Cathedral founder Robert H. Schuller failed to get most of the $5 million he requested in a bankruptcy case against the Southern California megachurch he started 57 years ago. 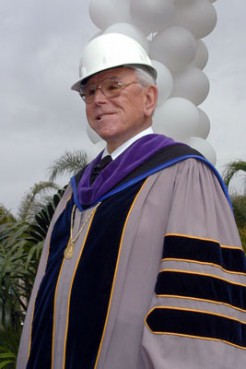 Bankruptcy Judge Robert Kwan of Los Angeles ruled Monday (Nov. 26) that Schuller, 86, and several family members did not prove many of their claims of breach of contract and copyright infringement against Crystal Cathedral Ministries.

Kwan awarded the family less than $700,000, with Schuller himself receiving about $600,000, The Orange County Register reported.

The Schullers argued that they had donated books and other materials to the ministry, but alleged that it took advantage of their intellectual property. While the former religious broadcaster and prolific author owned the rights to his books, the judge said his family did not prove who owned the rights to the “Hour of Power” television show that is copyrighted under Crystal Cathedral Ministries. 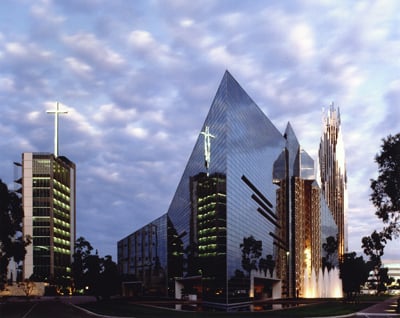 Carol Schuller Milner, a daughter of Schuller’s who joined him in the case, called the ruling a “travesty” that would lead the family to “start liquidating everything,” the Los Angeles Times reported.

"It's an avoidance of responsibility for an organization to not take care of those who have gone before them,” she said. “It’s tragic.”

In a fall 2011 bankruptcy proceeding, the cathedral, fraught with huge debt and family squabbles, reached a $57.5 million deal to allow the Catholic Diocese of Orange to purchase its iconic glass sanctuary in Garden Grove. Its existing congregation will move to a former Catholic church next year and the diocese will rename the Crystal Cathedral, calling it Christ Cathedral.

“The ruling will enable the final creditors to be paid and give us the money we need to move on with our ministry, spreading a message of hope and love to the people of Orange County and, through the ‘Hour of Power,’ to the world,” John Charles, the Crystal Cathedral's chief executive officer, said in a statement.

“The trial was painful for everyone involved, and our congregation is ready to move on. We love the Schullers and wish them well.”

September 3, 2020
Related Posts
By Jeffrey Salkin
COVID has led us all into sin
By Alejandra Molina
‘Your fight is my fight’: Latino clergy and faith leaders rally behind Black Lives Matter
By Mark Mulder, Gerardo Martí
Megachurches may be particularly threatened by COVID-19 closures
By Jeffrey Salkin
Warning: Your piety might be dangerous to your health
By Adelle M. Banks
Often-reticent Justice Clarence Thomas speaks about his faith in new documentary