(RNS) A federal court in Indiana has rejected atheists' requests to preside at wedding ceremonies, saying only clergy or public officials are licensed to solemnize marriages.

A lawsuit filed by the Indiana chapter of the Center for Inquiry argued that an Indiana law that requires marriages to be “solemnized” — made official by signing a marriage license — only by clergy, judges, mayors or local government clerks — violates the Constitution.

But Judge Sarah Evans Barker of the U.S. District Court for the Southern District of Indiana ruled on Friday (Nov. 30) that marriage has religious roots. Therefore, government regulation of marriage is an act of religious accommodation — not endorsement — and protected by the Constitution.

She also noted that Indiana's law does not limit who may marry the plaintiffs, but only who may sign their license.

“We in no way intend to question or disparage plaintiff’s opinions regarding the institution of marriage,” Barker wrote in her ruling. “But we must gently remind plaintiffs that the free exercise clause (of the Constitution) is not a guarantee against inconvenience.”

CFI, a 24,000-member secular humanist organization based in New York, had argued that barring “secular celebrants” from solemnizing marriages provides preferential treatment to religious celebrants. CFI began certifying celebrants to perform marriages and other ceremonies in 2009. 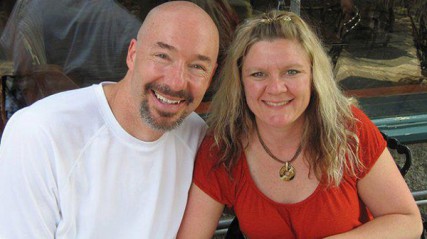 John Kiel and Michelle Landrum, two Kentucky residents who wished to be married in Indiana by Reba Boyd Wooden, a CFI-certified secular celebrant.

CFI's lawsuit was filed last October on behalf of John Kiel and Michelle Landrum, two Kentucky residents who wished to be married in Indiana by Reba Boyd Wooden, a CFI-certified secular celebrant. All three were co-plaintiffs in the suit.

“It would be difficult to imagine a clearer way to classify nonbelievers as second-class citizens,” Lindsay said in a statement. “A wedding is one of the most important ceremonies in a person’s life, and it is just as meaningful to atheists as it is to theists. It’s disappointing that a 21st-century court refused to recognize this reality.”

“The court found that couples who wish to marry without involving clergy have many alternatives for doing so,” he said. “My office will continue to defend the statute if necessary.”