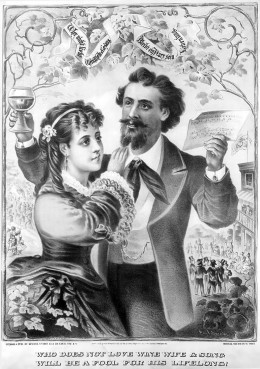 Outgoing Archbishop of Canterbury Rowan Williams writes a farewell letter to the Anglican Communion, telling the fractious flock not to become like “distant relatives who sometimes send Christmas cards to each other.”

The awful death of a man pushed in front of a subway train in New York raises another agonizing moral question: did onlookers have a duty to try to rescue the victim? And did they fail that moral test? Jonathan Turley discusses…

(NB: Be warned that Turley's post includes an image of the controversial NY Post cover of the victim just before he was hit. I would recommend reading NYT media columist David Carr's piece on the journalism ethics of all this — he chides his own paper for tut-tutting about the Post cover while including an image of that cover. Good point.)

Another New York story, another moral quandary: that homeless guy who got a pair of boots from a kind-hearted cop in Times Square? Turns out he has a home, and a rap sheet and much else. He’s a troubled soul. Should we give to people who may waste it?

Is religion to blame for our political gridlock? At CNN, Mark Osler wonders…

The Daily Beast’s Michelle Cottle looks at the “resurrection” of Rick Warren, a decade after his “Purpose-Driven” blockbuster.

Speaking of blockbusters, Sen. Charles Grassley of Iowa has wrapped up his five-year investigation of six major Christian ministries, launched in the wake of a series of national scandals. The bottom line? Meh.

The pope has a Twitter feed, but there’s a bigger communications revolution going on in the Vatican. Read all about it…

(PS: He already has half a million followers and won’t even start tweeting until Dec. 12. Wow.)

The Catholic bishops are continuing their series of blog tributes to nuns ahead of the 25th annual collection for the retired religious this month, and Archbishop Harry Flynn has an affecting story of how the sisters helped him after the death of his parents when he was a boy.

ABC’s Cokie Roberts also has a plug for the nuns, but not everyone is happy about some of her other statements about the Vatican and the bishops.

The secularists lose a round in the Indiana courts in the fight over who gets to officiate at weddings.

On the other hand, check this out: secularists in New York will be singing Christmas carols to collect money for Hurricane Sandy relief efforts. Someone call the Atheist Police. Or Bill Donohue. Not sure which. But someone has to be angry. 'Tis the season, after all.

Prohibition came to an end this day in 1933. Gallup’s survey indicates we are “wetter” than ever, but churchgoers are still more abstemious than others – except for Catholics. Natch.

I think that’s the end.

Oh wait! The University of Pennsylvania Museum of Archaeology and Anthropology is hosting a “Final Countdown” party on Dec. 21 and inviting young people to enjoy “drinks, light fare, entertainment, and music to ring in the end of the world.”

All that and more on the impending Mayan calendar apocalypse – and other doomsday scenarios – in the latest edition of ReligionLink.

And that really is all, folks. Except for signing up for the Daily Religion News Roundup in the box below — just load in your email address.

Photo credit: An 1873 illustration of the values of German-Americans, which reads: “Who does not love wine, wife and song, will be a fool for his lifelong!” Via Wikipedia.