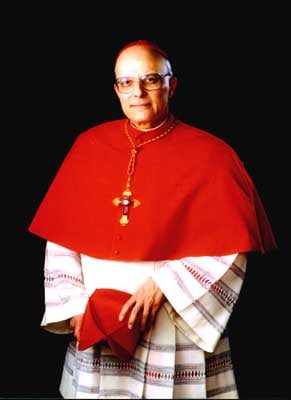 (RNS) Chicago Cardinal Francis George has launched a last-ditch campaign to convince the lame-duck Illinois legislature not to legalize same-sex marriage, saying that government “has no power to create something that nature itself tells us is impossible.” 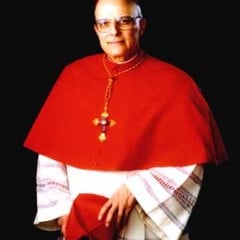 Chicago Cardinal Francis George has launched a last-ditch campaign to convince the lame-duck Illinois Legislature not to legalize same-sex marriage, saying that government “has no power to create something that nature itself tells us is impossible.” Photo courtesy of Archdiocese of Chicago

The cardinal and his six auxiliary bishops on Tuesday (Jan. 1) sent a letter to all priests in the Chicago archdiocese that asks parishioners to contact lawmakers to urge them to vote against the Religious Freedom and Marriage Fairness Act.

The bill is expected to be introduced this week and debated before a new set of legislators is sworn in on Jan. 9.

Catholic leaders noted that previous Illinois legislatures have passed other controversial measures during lame-duck sessions, such as abolishing the death penalty and approving civil unions for same-sex partners.

The showdown is the first test of strength between the Catholic Church and gay marriage advocates since Election Day in November, when voters in three states endorsed same-sex marriage and refused to ban it in a fourth.

Those unprecedented votes were seen as a watershed that reflected rapid changes in the public’s acceptance of gay rights; the Catholic hierarchy and religious conservatives have been trying to figure out how to respond to the shifts.

In their letter – and in more extensive remarks in the cardinal’s weekly column – George and the Chicago bishops argue that their opposition to gay marriage is not a political maneuver or an attempt to promote Catholic morality but an effort to oppose attacks on “the common good of society.”

“Marriage comes to us from nature. The human species comes in two complementary sexes, male and female. Their sexual union is called marital. It not only creates a place of love for two adults but also a home for loving and raising their children. It provides the biological basis for personal identity,” the bishops write.

The bishops say that those who oppose same-sex marriage will be cast as “the equivalent of bigots.” But they argue that they are simply advocating for commonly held moral norms, and note that the church condemns violence or hatred toward gays and lesbians.

Not all religious leaders, or even most Catholics, agree with George, a former president of the U.S. Conference of Catholic Bishops.

The Chicago Tribune reported that more than 250 Illinois clergy, mostly Protestant and Jewish, last month sent an open letter to legislators, and that Illinois Gov. Pat Quinn and U.S. Sen. Dick Durbin, both Catholics, have endorsed the bill.

Others argue that the bishops’ efforts to cast the fight against gay marriage as a defense of some universal “natural law” are flawed.

“The plain and simple fact is that reasoning about what is ‘natural’ is deeply vulnerable to distortion by one's own personal values and preferences,” University of Chicago law professor Geoffrey R. Stone wrote in The Huffington Post.

“Cardinal George insists that same-sex marriage is incompatible with ‘nature.’ One might just as easily say the same about celibacy. There is such a thing as right and wrong, but invocations of what ‘nature’ commands is no way to get there.”

It's unclear what, if any, influence George may have. Similar attempts by influential cardinals to stop same-sex marriage in Massachusetts, New York and Washington, D.C., have all failed.