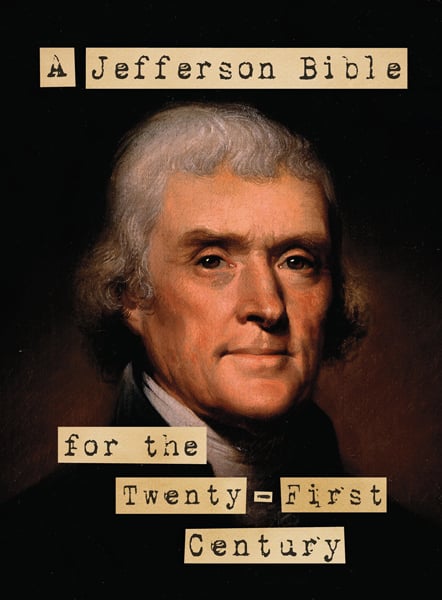 The American Humanist Association’s new version of the "Jefferson Bible" contains what editors found to be the “best” and the “worst” of other sacred scriptures and revered texts. RNS photo courtesy Humanist Press.
January 11, 2013
Kimberly Winston

(RNS) The American Humanist Association’s new version of the "Jefferson Bible" contains what editors found to be the “best” and the “worst” of other sacred scriptures and revered texts. 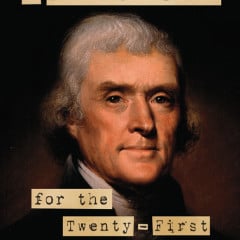 The American Humanist Association’s new version of the "Jefferson Bible" contains what editors found to be the “best” and the “worst” of other sacred scriptures and revered texts. RNS photo courtesy Humanist Press.

Here are some examples from the "best" category:

The Jewish Tanakh:  “Train up a child in the way he should go: and when he is old, he will not depart from it." (Proverbs 22:6)

The Muslim Quran: “Let there be no hostility except to those who practice oppression." (Sura 2:193)

The Hindu Bhagavad Gita: "From goodness is produced knowledge, from passion avarice, and from darkness heedlessness and delusion and ignorance also."

The Buddhist sutras: “The fields are damaged by weeds, mankind is damaged by hatred: therefore a gift bestowed on those who do not hate brings great reward."

The Book of Mormon: “Woe unto them that call evil good, and good evil; that put darkness for light, and light for darkness; that put bitter for sweet, and sweet for bitter!" (2 Nephi 15:20)

And from the “worst” category:

The Christian Gospels: "John answered and said, 'A man can receive nothing, except it be given him from heaven. '" (John 3:27)

The Tanakh: "But of the tree of the knowledge of good and evil, thou shalt not eat of it: for in the day that thou eatest thereof thou shalt surely die.” (Genesis 2:17)

The Bhagavad Gita: "The fourfold division of castes was created by me (Krishna) according to the appointment of qualities and duties." 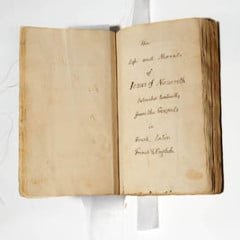 The Buddhist sutras: “Whatever of sensual pleasure there may be on earth, or in the kingdom of the gods, it is not worth a sixteenth part of the joy which springs from the destruction of desire."

The Book of Mormon: "And it came to pass that those Lamanites which had united with the Nephites, were numbered among the Nephites; and their curse was taken from them, and their skin became white like unto the Nephites." (3 Nephi 2:14-15)