(RNS) Wednesday (Jan. 16) is Religious Freedom Day – a day to celebrate the adoption of Thomas Jefferson’s Virginia Statute for Establishing Religious Freedom. Why celebrate it? We might start by remembering a history of religious discrimination and persecution. 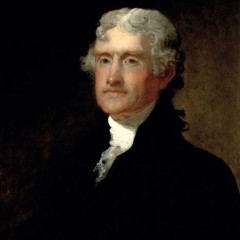 As the American Revolution approached, Virginia had a state-established church: Everyone, no matter their religion, paid taxes to support the local Anglican priest, and church attendance was mandatory. Baptist and Presbyterian ministers faced jail for preaching without a license – licenses were hard to get and many refused on principle.

By 1775, more than half of Virginia’s Baptist ministers had been jailed for preaching; others were pelted with stones or chased with hounds. One prayer meeting was broken up when a hornet’s nest was thrown among the congregants, another with a snake.

Things improved dramatically during the war – Anglican leaders needed Baptists and Presbyterians to fight – but after the war, the Anglican establishment sought to renew a tight government-religion link with a “general assessment” tax to be paid to all Christian sects.

Jefferson was appalled, but he was serving as ambassador to France. So James Madison picked up the fight, insisting upon a separation of church and state. He was joined by evangelical Baptists and Presbyterians, arguing that mixing church and state would corrupt both. “The unlawful cohabitation between Church and State, which has so often been looked upon as holy wedlock,” Baptist preacher Lewis Lunsford demanded, “must now suffer a separation and be put forever asunder.”

With support of freedom-loving evangelicals, Madison was able to push Jefferson’s Statute through the Virginia legislature; later it became a foundation for the First Amendment.

So what’s to celebrate? For one, our government does not tell us how to pray, or to whom or for whom – compare the empty state-established churches in England offering prayers for the queen. Today, too many of those who benefit from the prohibition on government religion seem far too willing to throw it away. Teacher-led prayers in school are, undoubtedly, government-led prayer. This should not be confused with private prayers in public, even by governmental officials. Jefferson understood the difference: In both of his inaugural addresses, he publicly invoked divine guidance and prayer; yet he refused to call for a national day of fasting and prayer as president, saying that doing so would violate the First Amendment. One was a private action; the other would constitute an impermissible breach in the wall of separation between church and state.

Celebrate because our government does not use our tax dollars to propagate religion, something Jefferson found “sinful and tyrannical.” This does not mean that you have a right to stop any government action that you happen to think violates your religious beliefs – a ridiculous claim repeated during last year’s battle over insurance coverage for contraceptives.

Of course, there are gray areas, and U.S. courts have been far too willing to accept legislators’ claims that tax dollars spent on private education have nothing to do with religion – even when 95 percent or more of the money goes to religious schools. At the same time, the courts have rightfully insisted that if public facilities are open for public use – for example, if boy scouts or the Rotary are permitted to meet in schools when they are not in use – the government cannot discriminate against religion (watch the New York City case on this topic).

Why celebrate? Because history has shown that religion and government prosper best when the two realms are kept separate. “We have solved, by fair experiment, the great & interesting question whether freedom of religion is compatible with order in government, and obedience to the laws,” Jefferson wrote in 1808, “and we have experienced the quiet as well as the comfort which results from leaving every one to profess freely & openly those principles of religion which are the inductions of his own reason & the serious convictions of his own enquiries.”

In the early 19th century, as battles over the proper role of church and state raged across this young nation, newspapers often reprinted Jefferson’s Statute for Establishing Religious Freedom. It should be reprinted it every Religious Freedom Day as a public service. One cannot read it without a knowing nod and a bit of swelling pride for America’s leading the battle for religious freedom. (John Ragosta is the author of the forthcoming book, “Religious Freedom: Jefferson’s Legacy, America’s Creed,” and is a visiting assistant professor of history at Hamilton College in Clinton, N.Y.)