VATICAN CITY (RNS) The Vatican on Wednesday (Feb. 20) confirmed that Pope Benedict XVI is considering changes to church law regulating the election of a new pope, but stopped short of saying whether voting could start earlier than currently planned.

Pope John Paul II's 1996 Apostolic Constitution “Universi Dominici Gregis” regulates what happens between the death or resignation of a pope and the election of his successor.

It stipulates that the conclave of cardinals must begin 15 to 20 days after the end of the previous pontificate. 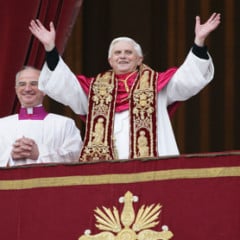 But after Benedict's surprise announcement that he will resign on Feb. 28, several voices within the church have asked for an earlier start to the voting to shorten the time the Catholic Church is left without a leader.

The Rev. Federico Lombardi, the Vatican's chief spokesman, said on Wednesday that the pontiff is considering the publication of a decree “to clarify some specific points of the Apostolic Constitution on the conclave that had been pointed out to him in recent years.”

According to Vatican Insider, the religion news portal of the Italian daily La Stampa, Benedict will authorize the cardinals' assembly that will govern the church after his resignation to vote whether to move up the beginning of the conclave.

Lombardi stressed that he didn't know whether the pope “will deem it necessary to issue a clarification on the date of the start of the conclave.”

“We'll see it if and when the document is published,” he said.

Instead, he said some of the changes that Benedict could introduce would “fully harmonize” John Paul's 1996 rules with another document that lays out in detail the rites to be followed during the conclave.

Benedict already modified the conclave rules in 2007, reversing a previous change that allowed popes to be elected under some circumstances with a simple majority, rather than with a two-thirds majority.

As Benedict's scheduled resignation approaches, the date of the conclave is only one of the many unanswered questions sparked by the unprecedented change in leadership.

The Vatican is still struggling to define what title the former pope will have, and whether he will be attending the inauguration Mass of his successor.

Each of the issues has potentially far-reaching consequences for the delicate relationship between a living ex-pope and his successor, who will be living a few hundred meters apart within the Vatican walls.

According to a senior Vatican source, the initial reaction to Benedict's announcement – shock mixed with admiration – is being replaced by “dismay” and even “disappointment.”

The pope's resignation, though considered in church law, caught the Vatican machine utterly unprepared, and observers say it's still too early to evaluate its long-term effects.

In an interview with the Italian daily Corriere della Sera on Wednesday, Cardinal Walter Kasper, a respected German theologian and longtime head of the Vatican's ecumenical office, said that the role of the pope and of the Vatican Curia will have to be reconsidered in light of Benedict's decision.

The "sacred aura" that has come to surround popes in the last two centuries, Kasper said, "is now somewhat lost."