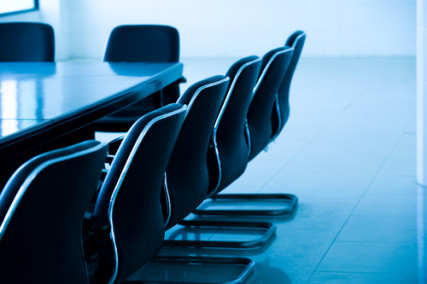 Catholics “celebrate” mass, Protestants worship . . . and Mormons attend a meeting in a meetinghouse.

A couple of weeks ago I attended one of the most memorable and spiritual sacrament meetings I’ve experienced in my twenty years as a Mormon.

After the usual ward business and passing of the sacrament, we learned we were going to do something different than the usual standard. (Which, if you’re not Mormon, goes like this: have a youth speaker for 3-5 minutes; have another speaker, often female, for about 10 minutes; then have the final speaker, often but not always a man, for 15-20 minutes. Choose a general theme that will be the topic for all of the speakers, insert a relevant hymn in the middle, and gently stir. Do not season with spice.)

I’ve written before about how dull many Mormons (and, perhaps more to the point, most visitors) find sacrament meetings. “Peaceful” is an optimistic way of describing them. “Funereal” is another.

Instead, the bishop’s counselor said, we were going to mix it up. I sat up a little straighter.

The format was to have half a dozen members of the congregation speak from the heart about a favorite hymn, sharing a story about why that beloved hymn had lifted their spirits or provided them with revelatory guidance in a particular situation. After each speaker, the entire congregation would sing that hymn, knowing the context for a fellow brother or sister’s regard for it.

A simple format. A very basic switch. Yet to me, the whole sacrament meeting felt new and marvelously unexpected. I felt closer to Christ, and to the people in the pews with me. I also did not open even once the book I always bring to sacrament meeting to fortify myself if things get impossibly dull. Things never did get dull. The congregation was active and engaged.

Why don’t we do this kind of thing more often?

I have heard precisely two stories about sacrament meetings that dared to deviate from their stultifying script. In one story, church ended early because a family was in need. Inspired by a famous General Conference in which Brigham Young canceled sessions to help the stranded handcart pioneers who were perishing in the wilderness, this bishop felt that the entire ward community needed to drop everything to save those who were in trouble in their midst. It made a lasting impression.

In another anecdote, a friend of mine said that when he was a kid, the bishop actually ended church immediately after members had taken the bread and water, saying, “That was the most important reason we get together on Sunday. We’re done now. Go home and think about what Christ did for you.”

That made a lasting impression too.

But these exceptions are just that—exceptions. In general, the structure and language of our sacrament meetings are not intended to ignite the kind of engaged participation I experienced two Sundays ago. And by “language” I mean not only the formulaic things we say during the meetings, but how we refer to those gatherings in the first place.

I am a person who feels that language is important. The language Christians use to describe what we do when we gather on Sundays both reveals and shapes what we expect to get out of the experience.

And what do Mormons do? We “attend our meetings” or, in particular, we “attend sacrament meeting.” We even do so in a “meetinghouse.”

The corporate language of the meeting is striking here. A meeting is something that you attend, or that you lead, primarily because you have to, not because you desire to. Some meetings may be more or less boring than others, but at its core a meeting is a duty, an obligation. It is an eat-your-brussel-sprouts event.

Note that in both of the stories I recounted above about unusual sacrament meetings, the main feature was getting out of church early, which is the reaction we have when a business meeting is canceled unexpectedly or school is on a 90-minute delay: Hey, it’s a snow day!

Those were not sacrament meetings to remember; what was memorable was the absence of the meetings altogether. What I long for, and what I felt two Sundays ago, was something hopeful and quite different.

That was worship, not merely instruction. It had the feel of celebration. And Mormons could use a good deal more of worship and celebration when we gather as a church on Sundays.

The meeting image is used with permission of Shutterstock.com.