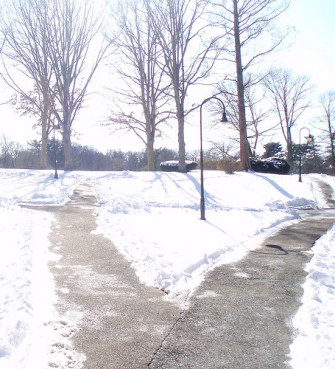 How do free will and divine predestination coincide?

There is a moment in Ronnie Burkett’s play, “10 Days on Earth,” in which the young protagonist, Darrel, is visiting the kindly and pious woman who lives nearby. Darrel and his neighbor talk about a great many things and, eventually, their conversation turns to faith. This prompts Darrel to volunteer the only theology he knows, “My Mom,” he tells his neighbor, “says that God is a jerk.”

I think about Darrel every time the subject of predestination comes up. That’s because it is one of those ideas about God that makes God into someone who is plain old hard to like.

There are a few different definitions of predestination kicking around. In broad terms, however, predestination is the notion that God has foreordained some or all of our lives and, in particular, that God has decided in advance who will get into heaven and who will not. Try as we might, there is nothing that we can do to change God’s mind and, thereby, to change our fate. Over the generations, lots of people have asked more or less the same question about predestination as you, FONSM: is there any way for this idea and for genuine human agency to coexist? Or, as it sure appears, does predestination reduce you and me to puppets dancing on the end of a distant God’s string?

I guess I could point you at a bunch of old school theologians — Augustine of Hippo, Huldrych Zwingli and John Calvin all have their opinions about how free will and predestination might live together happily ever after — but I’m disinclined to do so. That’s because there is nothing about being a person of faith which necessitates believing that God has a book with the rest of your life written down in it. Instead, I’d like to suggest that we may nurture a lively faith by understanding our relationship with the divine as being predicated not on predestination but, rather, on collaboration.

Among the several variations on Romans 8:28 which survive from antiquity, the one that I like the best reads, “God works together with those who love God to bring about what is good — with those who have been called according to God’s purpose.” In other words, while God does have hopes for us, and while those hopes find substance in our gifts and in that mystery known as a call, it’s still up to us to choose how we will respond. God has not predetermined what we will do.

I don’t know much about God, FONSM, but I’m pretty sure that God isn’t a jerk. To the contrary, I’m pretty sure that 1 John is right: God really is love. And love would never do something as cruel as giving her children the illusion of choice while actually tying us to the cosmic conveyor belt of predestination. Rather, like the fire which led the Israelite slaves out of Egypt, love would insist on her children’s freedom.

It is God’s hope that, in this broken world, we will become co-creators of beauty, meaning, healing and compassion. But God never insists. God leaves the choice to say “yes” or to say “no” to that calling to you and to me.

Do you have a question about ethical decision making, living a faithful life or theology? Leave a comment below or send your question for Martin Elfert to [email protected]