VATICAN CITY (RNS) Pope Francis extended a hand to those who don’t belong to any religion, urging them on Wednesday (March 20) to work with believers to build peace and protect the environment. In his first ecumenical meeting, the new pope greeted representatives from Christian churches and other religions, including Jewish and Muslim leaders, who had come to Rome to attend his inaugural Mass on Tuesday.

Francis said that he intends to follow “on the path of ecumenical dialogue” set for the Roman Catholic Church by the Second Vatican Council (1962-65).

But he also reached out to those who don’t belong “to any religious tradition” but feel the “need to search for the truth, the goodness and the beauty of God.”

Francis echoed his predecessor, Pope Benedict XVI, saying that the “attempt to eliminate God and the divine from the horizon of humanity” has often led to catastrophic violence.

But Francis, who has set a humbler tone to the papacy since his election on March 13, added that atheists and believers can be “precious allies” in their efforts “to defend the dignity of man, in the building of a peaceful coexistence between peoples and in the careful protection of creation.”

“There is no doubt that Catholic-Jewish relations will go from strength to even greater strength during Pope Francis’s pontificate,” said Rabbi David Rosen, International Director of Interreligious Affairs of the American Jewish Committee, after meeting with Francis. 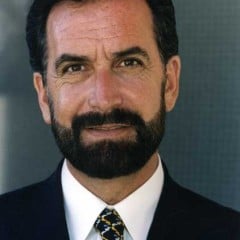 Earlier on Wednesday, the pope met privately with the spiritual leader of Eastern Orthodox Christians, Patriarch Bartholomew of Constantinople.

According to the Patriarchate of Constantinople, Bartholomew and Francis are planning a joint visit to Jerusalem in 2014 to mark the 50th anniversary of the 1964 meeting between Pope Paul VI and Patriarch Athenagoras.

That meeting led to the cancellation of the reciprocal excommunications between the leaders of western and eastern Christianity in 1054, otherwise known as the “Great Schism.”

Bartholomew attended Francis’ inauguration on Tuesday, the first Patriarch to do so in over 900 years.