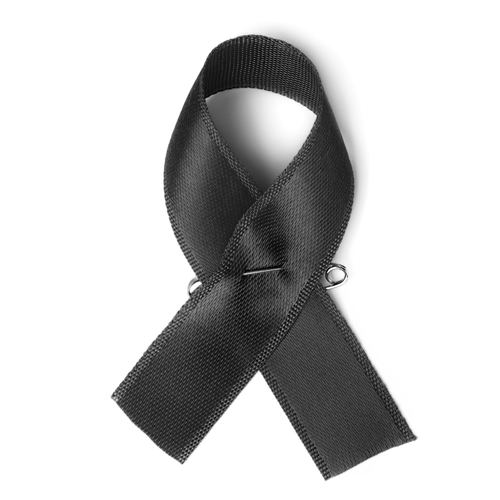 Three months later, some wise words from Stephen Colbert are hoping me cope with loss.

Today’s the three-month anniversary of my mom’s death. And I am actually doing (sort of kind of) OK, in part because of the wise words of Stephen Colbert, whom I have adopted as my personal grief therapist.

When Colbert, the youngest of eleven children, was ten years old, his father took two of his older brothers up to New England for boarding school. Their flight went down and all three perished. Horrible. Unthinkable.

Four decades later, the loss is still with him, but it has changed:

The interesting thing about grief, I think, is that it is its own size. It is not the size of you. It is its own size. And grief comes to you. You know what I mean? I’ve always liked that phrase “He was visited by grief,” because that’s really what it is. Grief is its own thing. It’s not like it’s in me and I’m going to deal with it. It’s a thing, and you have to be okay with its presence. If you try to ignore it, it will be like a wolf at your door.

The hardest moments for me come when I rehearse yet again her last few weeks. How the cancer spread with terrifying rapidity to the lining of her brain, robbing her from one day to the next of physical and cognitive abilities. One day she could walk, and the next day she needed a walker. A few days after that she could not use the walker and needed a wheelchair. Three weeks after that she was mostly bedridden, and then in a semicoma.  When I go through the journal I kept during those dark days, I feel a bleak despair at how quickly it all happened.

What I have learned and am learning, though, is that there is joy amidst the sorrow. I still love and laugh, especially at the same things my mother would have laughed at. I am grateful for my friends and for hers. I am mindful of the many things she taught me, compassion and forward movement being two of them.

I am thankful for her generosity to so many people (my husband recently found the list of people she sent Harry & David fruit-of-the-month orders to, a list that was so long he predicted an imminent global resurgence of scurvy in her absence). As I sit here at my desk I am surrounded by the kinds of things she loved: books, music, Facebook friends, faithful dog, Picasso poster.

I endeavor to remember and honor my mom in small details, like how her house was a mess of clutter (which used to drive me crazy) but always open to guests. Or how she enjoyed talking to my high school friends back in the day — never talking down to them, never judging, just listening and laughing. One of the nicest messages I received after Mom’s death was from a high school buddy who was maybe a little rough around the edges back then, but who would sit at the kitchen table with Mom and shoot the breeze for ages. She always had time for him. In his condolence he wrote simply that she had been a mom to all of us, and that is true.

Grief is, as Colbert says, a thing. Right now it is an acute thing. Someday, I trust, sifting through these memories will not be quite as painful as it is now.

The black ribbon image is used with permission of Shutterstock.com.