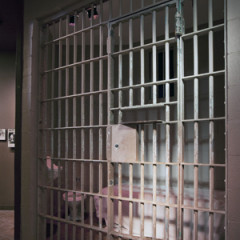 “We proclaim that, while our context today is different, the call is the same as in 1963 — for followers of Christ to stand together, to work together, and to struggle together for justice,” declared Christian Churches Together in the USA in a 20-page document.

The statement, which is linked to an April 14-15 ecumenical gathering in Birmingham, Ala., includes confessions from church bodies about their silence and slow pace in addressing racial injustice. 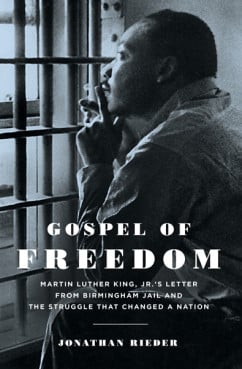 “The church must lead rather than follow in the march toward justice,” it says.

In April 1963, King scribbled his letter on newspaper margins in a cell in Birmingham, responding to an open letter from eight white clergymen — one Catholic priest, six Protestants and a rabbi — who had called on the civil rights movement to opt for negotiations rather than demonstrations. King had been jailed for helping organize nonviolent protests.

In the letter King said that he was disappointed with white moderates who “see my nonviolent efforts as those of an extremist.”

“Injustice anywhere is a threat to justice everywhere,” the Baptist preacher and civil rights icon wrote in one famous passage.

Five decades later, CCT leaders are releasing a response that elaborates on specific passages of King’s letter, calling for partnerships to confront societal inequities in the nation’s neighborhoods, schools and prisons.

“Sunday morning remains the most segregated time in our nation,’’ they acknowledged.

Experts say it may be the first time an organization has directly answered King’s letter.

Jonathan Rieder, author of the new book “Gospel of Freedom: Martin Luther King, Jr.’s Letter From Birmingham Jail and the Struggle That Changed a Nation,” said many reporters initially ignored the letter.

The Christian Century, a prominent mainline Protestant magazine, published it and included an address for readers to send donations to King’s Southern Christian Leadership Conference, he said. The Rev. Carlos Malave, who worked for the Presbyterian Church (USA) for 11 years, said CCT is trying to adapt in the challenging realm of ecumenical relations. Malave has been chosen by CCT as their new executive director. Photo courtesy Rev. Carlos Malave

“As far as most people know, this is the first institutional response that seems to be trying to answer the letter in some sense,” said Rieder, a professor of sociology at Barnard College, Columbia University.

The Rev. Carlos Malave, executive director of CCT, said one of the key parts of the new document is its appendix, which includes confessions from several “families” of churches — evangelical/Pentecostal, Catholic, historic Protestant and Orthodox.

“The churches are taking responsibility for their inability to really … step up throughout the last few years to the challenge and the call that Dr. King and the letter places to the Christian leaders,” he said. 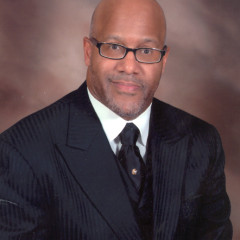 “It wasn’t the historic African-American family that really called for the response,” said the Rev. Stephen Thurston, president of the CCT subgroup of black denominational leaders. “It came out of the collaboration with other families and their real concern about a real transparent response to the King letter.” Photo courtesy New Covenant Missionary Baptist Church of Chicago

The evangelicals’ confession notes they have taken “far too long” to acknowledge and repent for “pervasive racism in our midst,” and often do not understand structural racism. Catholics lamented that racism has hindered leadership development and “full participation in parish life.” Historic Protestants confessed to “unwelcoming pews.” And Orthodox Christians acknowledged slighting “the liturgy after the liturgy” that involves transforming society.

“It wasn’t the historic African-American family that really called for the response,” said the Rev. Stephen Thurston, president of the CCT subgroup of black denominational leaders. “It came out of the collaboration with other families and their real concern about a real transparent response to the King letter.”

The Rev. Virgil Wood, a longtime Baptist minister who worked with King for 10 years on the SCLC’s national board, gives the leaders credit for what they’ve done so far.

“It’s an excellent start but it’s only a start,’’ he said, “because it does not address some of the critical things that now have to be done.”

Wood said churches must now address the root causes of poverty and use King’s principles to improve the global economy.

“I applaud the distance these groups are willing to go but there is no reconciliation without restitution and I don’t hear the note of restitution being sounded enough,” he added.

One of the catalysts for the document was CCT’s meeting in Birmingham in 2011, when members visited the Birmingham Civil Rights Institute and viewed the bars behind which King sat and wrote the letter. 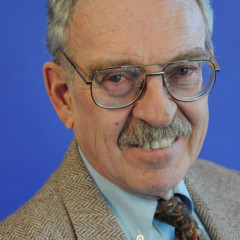 The CCT will hold a symbolic signing of its response to King during a two-day symposium in Birmingham that includes speeches from clergy and civil rights leaders about “the way forward.” It concludes on Monday (April 15), the day before the date placed on King’s letter.

CCT leaders, including Evangelicals for Social Action founder Ron Sider, who chaired the committee that drafted the response, expect that their work to address King’s call will continue after the anniversary.

“Our words will remain cheap and empty,” Sider said in remarks he has prepared for the Birmingham program, “unless we allow God to move us to new, more vigorous action.”